Ruto's Rift Valley Aside, Kenyans Now Told What Uhuru is Doing to His Own Mt Kenya People

By Curtis-Otieno (self meida writer) | 26 days 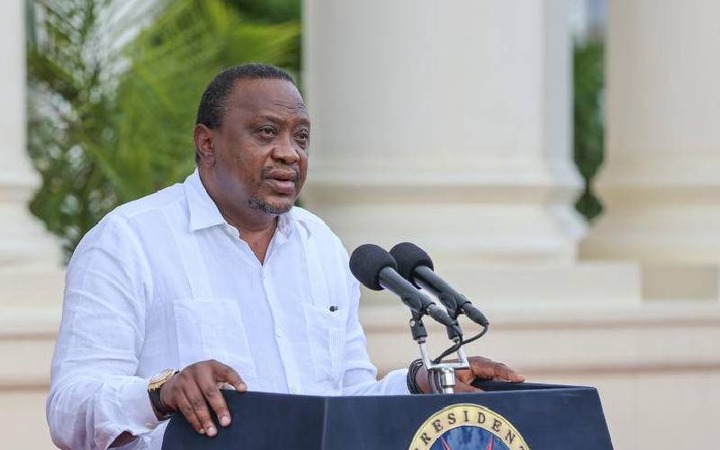 The Rift Valley region is not the only one suffering under President Uhuru Kenyatta and his alleged political revenge to those fighting his leadership, it now emerges.

The president has been accused of leaving the region behind on matters development, allegedly as a way of getting back at his deputy William Ruto, with whom he has fallen out and is not in good terms.

But it now emerges that he is doing the same in his own Mt Kenya backyard as well, where some leaders have abandoned him and joined the DP and his Hustler movement.

Soy MP Caleb Kositany says that thanks to Uhuru's bad politics, projects have been abandoned midway, accusing him of refusing to keep the promises he gave to people of these areas during the campaigns.

"Several projects that were earmarked and were promised during the Jubilee campaigns have stopped. When you visit various counties in Rift Valley and Mt Kenya, you will see projects that have stalled midway,” he told The Star on phone. 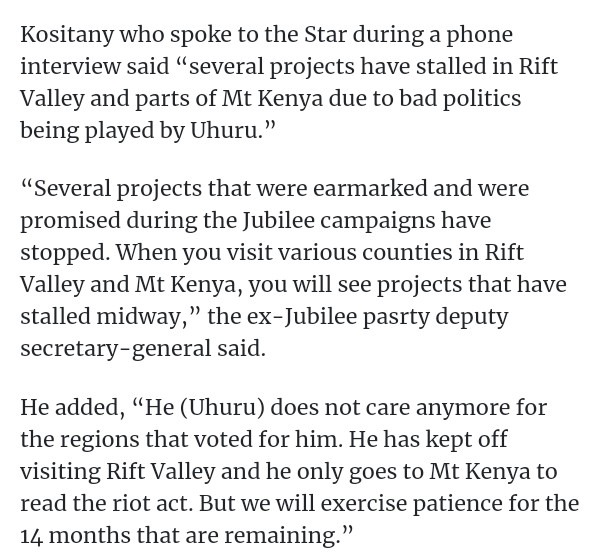 Uhuru's hate for these regions, says the former Deputy Secretary General of the President's ruling Jubilee Party, can be seen on what he has been doing, avoiding Rift Valley and only going to Mt Kenya to scold area leaders.

"He (Uhuru) does not care anymore for the regions that voted for him. He has kept off visiting Rift Valley and he only goes to Mt Kenya to read the riot act. But we will exercise patience for the 14 months that are remaining," he is further quoted.

He is among the Jubilee officials who were ejected over their dalliance with Ruto, in a purge that saw all Ruto allies removed from party leadership seats.

In response, the Ruto group, through yet to resign from Jubilee, has formed the UDA party, which they plan to exit Jubilee and join in a mass exodus between December of this year and January 2022.

It is the same party that is seen as the one on whose ticket Ruto will be vying for the presidency in 2022.

How You Should Harvest Your Tea To Avoid Post- Harvest Losses

Two defensive midfielders that are better than Kante in English premier league.(Opinion)

"We are building An Army Second To Non In Africa," General David Muhoozi Kainerugaba Said