An online discussion erupted last weekend after allegations were made concerning a looming break up between the four One Kenya Alliance (OKA) principals. According to the report, the four who were hyped for a joined presidential ticket in 2022 disagreed after realising the Wiper leader Kalonzo Musyoka and KANU leader Gideon Moi made up their minds to join the ODM party leader Raila Odinga in his bid. 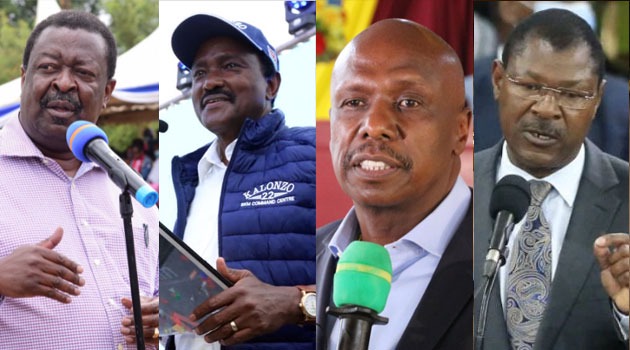 Days after the report, fresh details have emerged on the ANC party leader Musalia Mudavadi's aftermath plan since the break up. A political operative Pius Kinuthia who is also allied to ODM party leader Raila Odinga took a statement to his twitter account alleging that Mudavadi has been having closed door meetings with the deputy President Dr William Ruto. According to the Muranga senatorial aspirant, the deputy president called on Mudavadi to shelve his ambitions and join forces with him against a common rival, Raila Amollo Odinga.

"Mr Mudavadi has been meeting DP Ruto secretly. Ruto want him to relinquish his presidential ambition in favour of him for a ticket they believe would counter the former prime minister Raila Odinga." Pius tweeted.