The four IEBC commissioners who disputed the presidential election results on Monday explained their rationale. 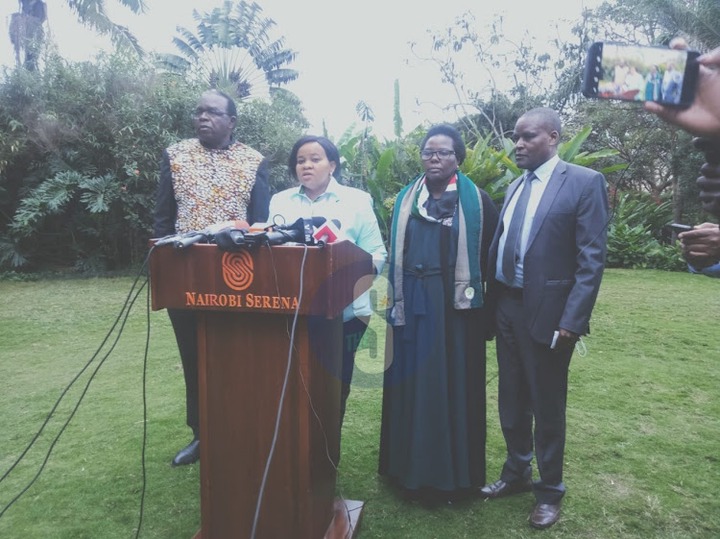 The commissioners stated in a press release given by chairperson Juliana Cherera on Tuesday at the Serena Hotel that the aggregate of the percentages of the results was a mathematical folly that defied logic.

They claimed that the sum of the percentages of votes cast for each of the four presidential contenders topped 100%. The four IEBC commissioners who disputed the presidential election results on Monday explained their rationale. 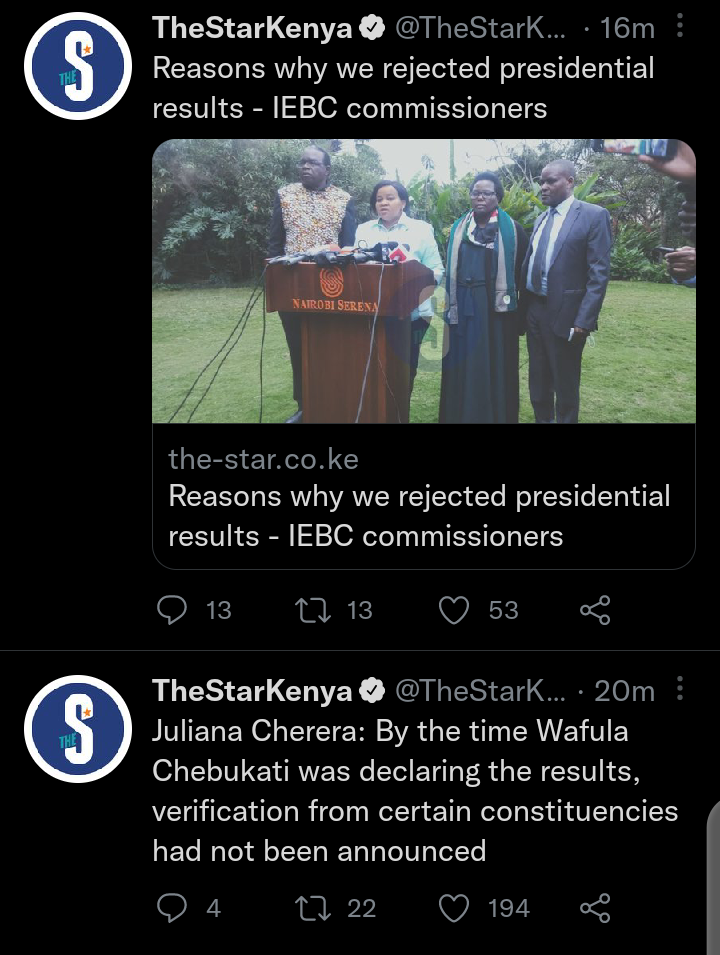 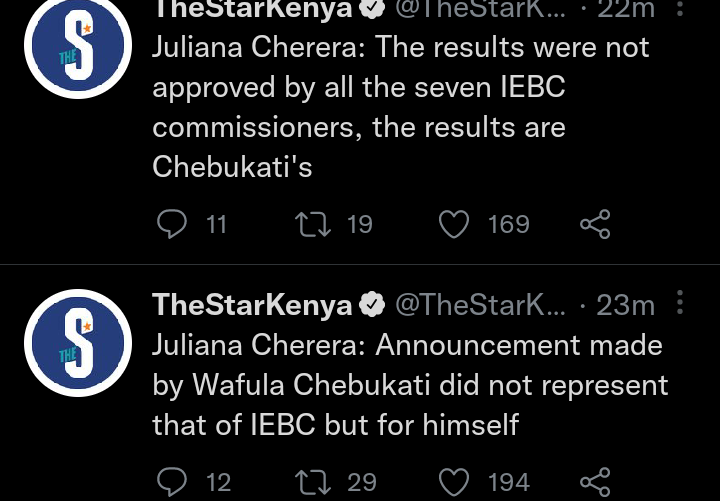 "This adds up to a total of 100.01 percent. This corresponds to almost 142,000 votes, which will have a considerable impact on the final outcome "Cherera explained.

"When we demanded that the findings be verified, the chairman refused and insisted on declaring and releasing the results," she went on to say.

The commissioners further stated that they refused to accept responsibility for the results because they reveal the entire number of registered voters, votes cast, and rejected ballots.