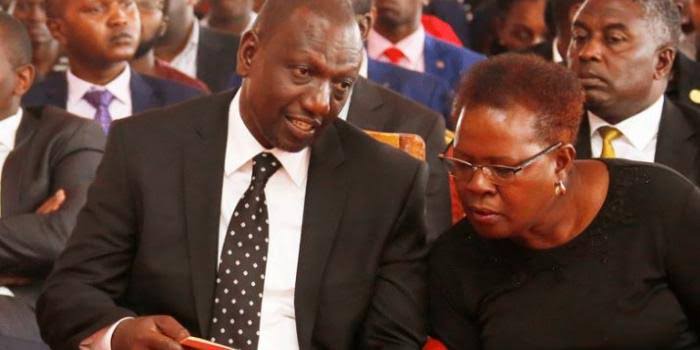 Deputy president William Ruto ally, Honerable Allice Wahome found herself in awrong place yesterday night in Kiambaa constituency. Scuffles started when Honerable Wahome claimed that UDA Party had won Kiambaa constituency parliamentary by election, even before returning Officers made it official. Her statement angered some youths who blamed her for spreading rumours and causing tension, instead of waiting for final approval by IEBC official.

Those youths who were next to her became unruly forcing her security detail to act swiftly and save her life. She was escorted under tight security to a secure place away from irate residents who were not ready to listen to her.

Untill now, the official results of the winner in Kiambaa constituency parliamentary by election is not yet known, since there are several issues that must be addressed according to both UDA Party agents and Jubilee Party counterparts. During the counting process at around 2am today, several leaders claimed that, some 34A forms were missing in Gachie polling station. A center which is considered as Jubilee Party stronghold within the Constituency.

Independent Electral commission has pleaded with residents and other leaders to remain calm as all will be sorted out Before anything is made public. They have been asked to stop spreading rumours that are causing tension among residents who are waiting for results and to officially know there member of Parliament, who will rule for the next one year before general election.