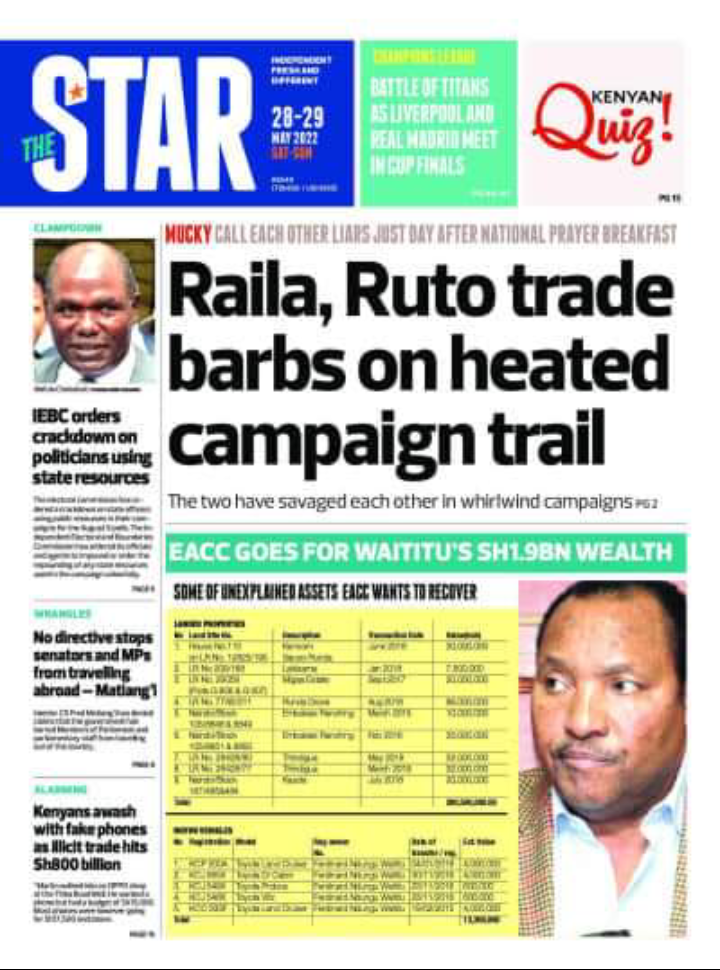 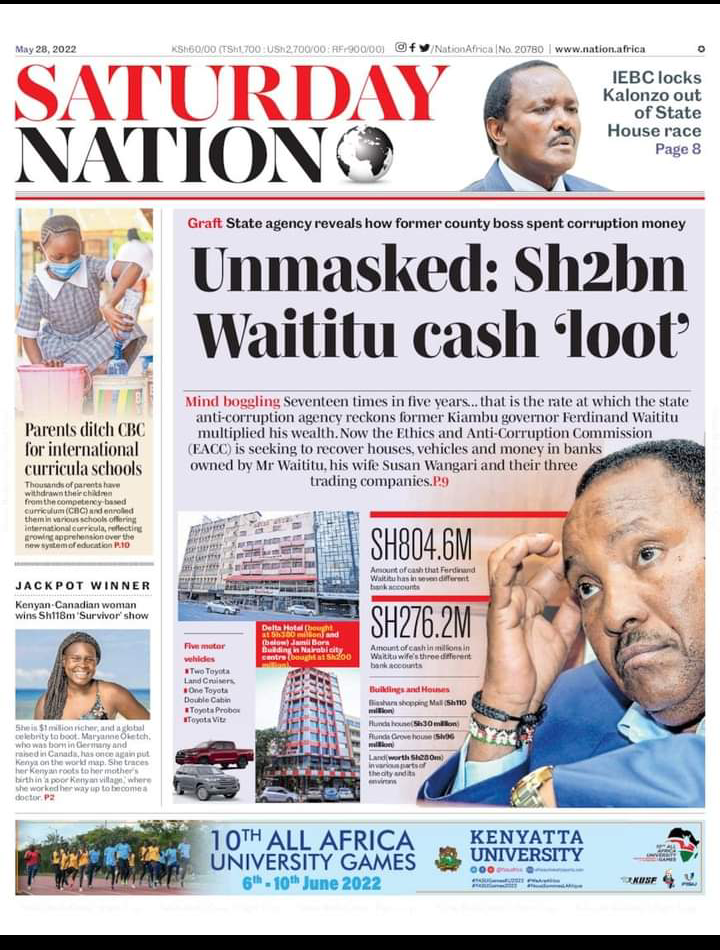 Kalonzo Musyoka is said to be among the four political party candidates and nine independents who failed to meet the IEBC’s rigorous demand of 2,000 supporters from at least 24 counties.

Kagwe had announced the appointment of the three in what he described as reforms at the government agency that was riddled with scandals. 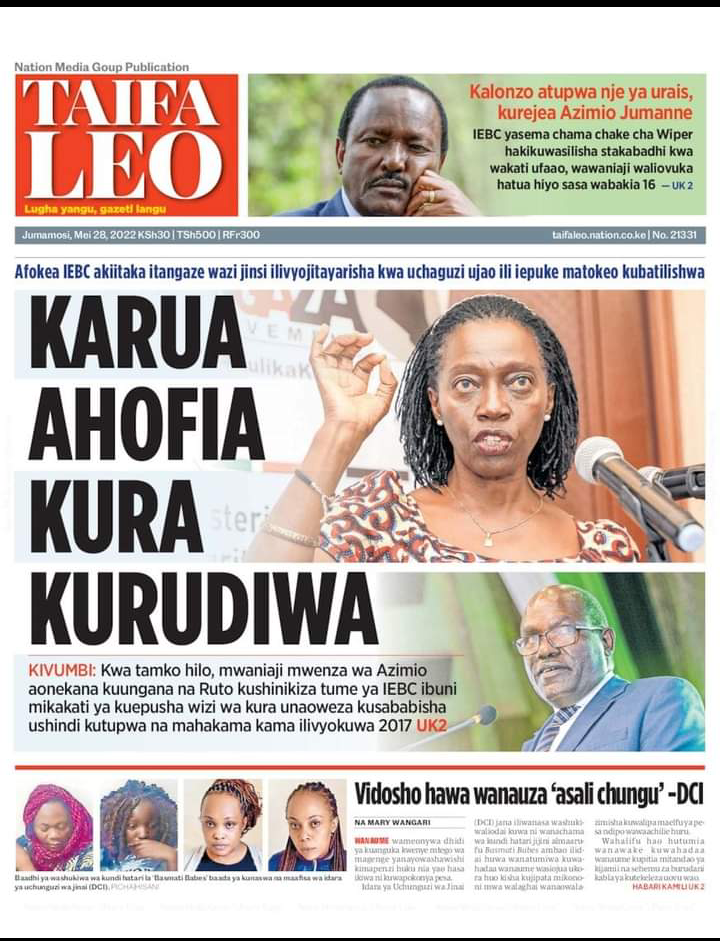 Motorists using the Thika Superhighway have been advised to use alternative routes following a heavy traffic build-up caused by an accident near Githurai area.

The ruling was made following a plea made by the complainant's legal team that stated that the submissions will facilitate it in preparing its defence.