By HotKE (self media writer) | 3 months ago

President Uhuru Kenyatta's leadership has had a lot of questioning from his opponents more so from those people allied to his Deputy William Ruto. They have been giving resentments to his government alleging that he has failed to carry out some important duties and tasks that he was meant to do as a president. 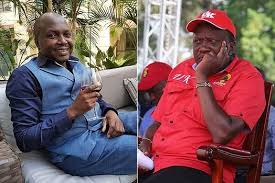 The ridicule started when the president made a handshake deal with opposition leader Raila Odinga. The deal did not please William Ruto who cut off himself after disagreeing with his boss for accepting Raila into their government.

Last night Donald Kipkorir in a tweet lectured the president pointing out some of areas in which he has failed. He said that Uhuru has allowed people to disrespect him which is not a character of a president. He made reference to the United States to show how wrong Uhuru was.

"History will record that President Uhuru Kenyatta allowed those in his party and Government to disrespect him and still do. This is completely wrong as he controls all levels of Government. Even in the US, the world's guardian of democracy, loyalty to the president is ABSOLUTE," he said. 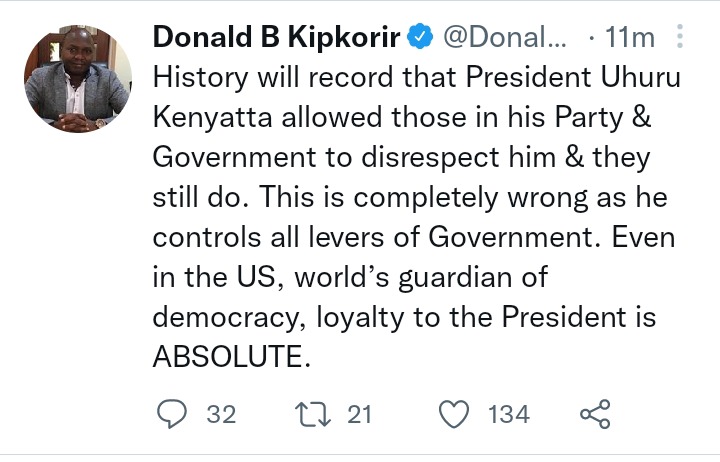 Kenyans flooded the comments section and responded to the tweet in their own understanding. Most of them were in support of Kipkorir saying that Uhuru had lost track of his leadership. Below are some of the comments. 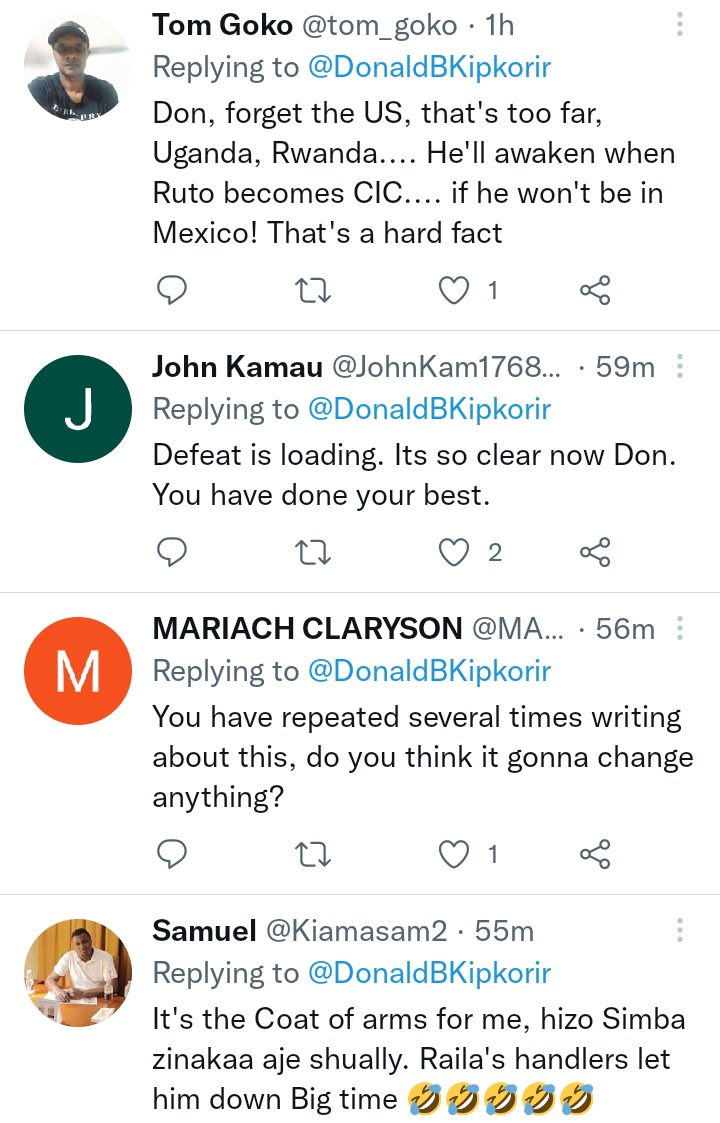 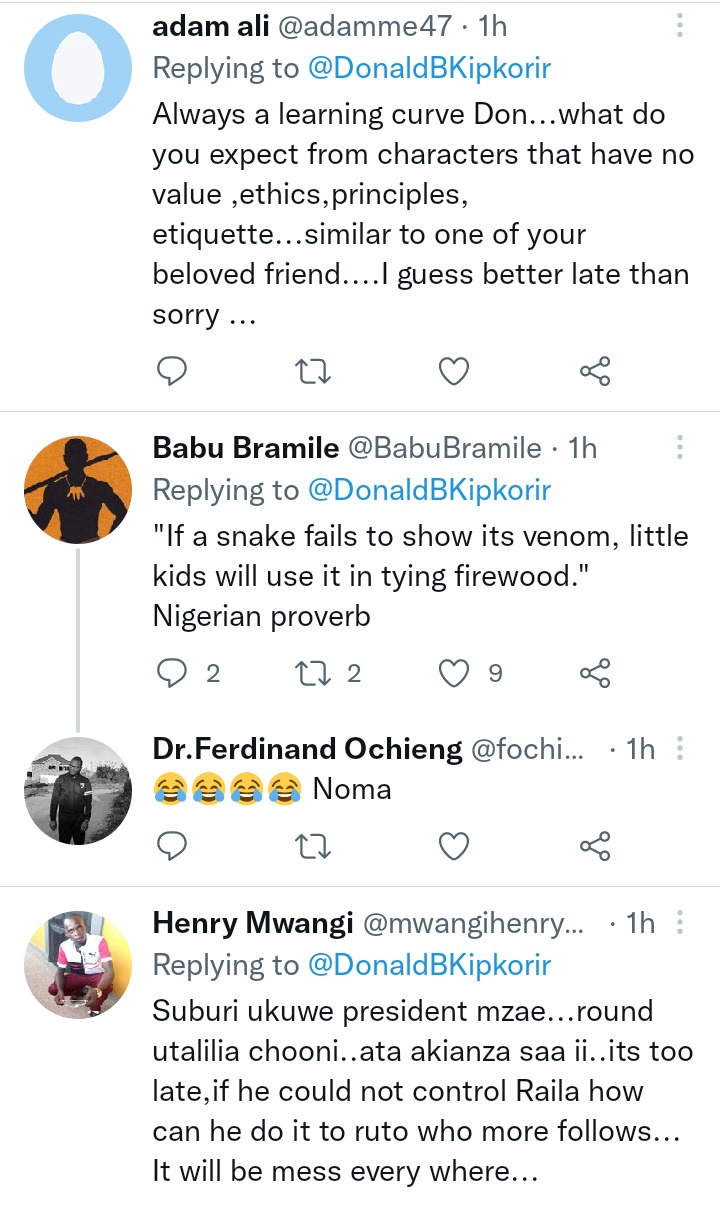 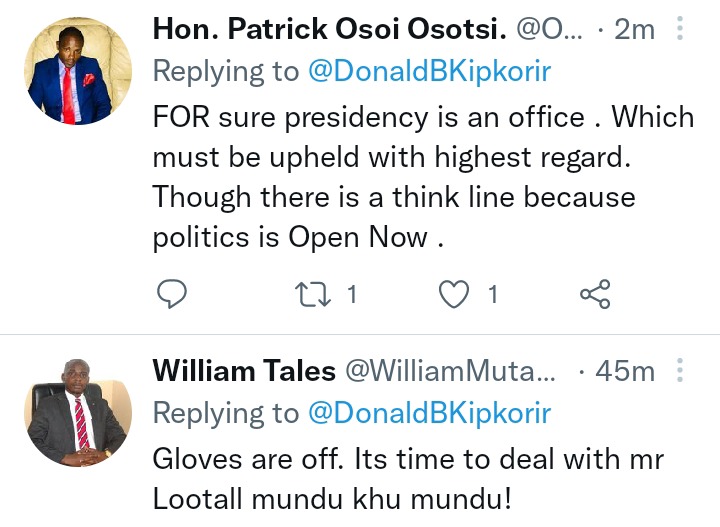