By DailyShots (self media writer) | 4 months ago 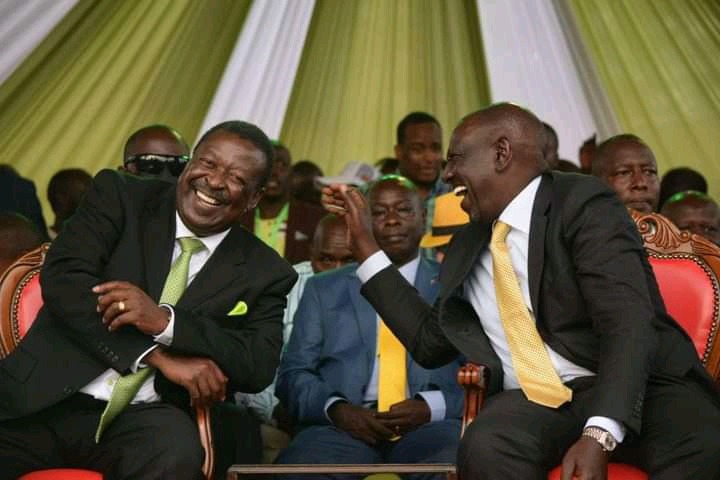 The self-declared chief hustler has time and again expressed his optimism that his team will form the next government. Will his anticipations come to pass? Time will tell.

William Samoei Ruto is looking forward to implement his much publicized Bottom-Up economic model once in power a plan which will consequently change the lives of the country's downtrodden who are struggling to make ends meet. 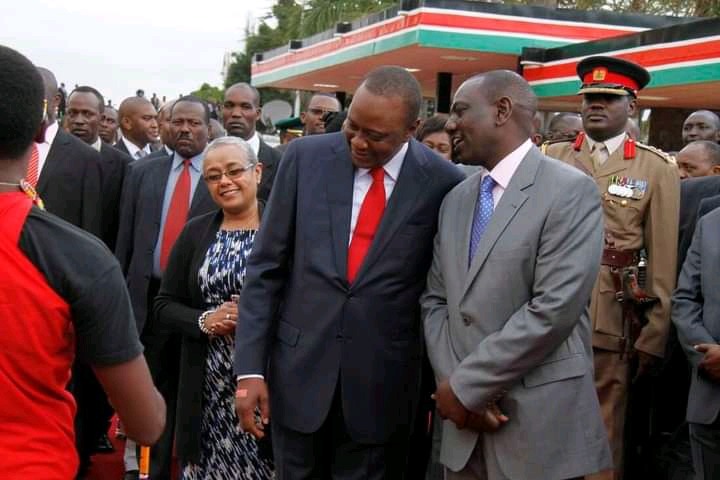 Unfortunately, Ruto's Statehouse course in under threat from Raila Odinga who is perceived to be the former's greatest stumbling block. In a series of public affirmations, Agwambo has time and again promised DP Ruto a bruising battle.

In unexpected confession, Raila has admitted that his fifth shot might miss the set target courtesy of Ruto's unparalleled success in getting his supporters registering as voters enmasse. 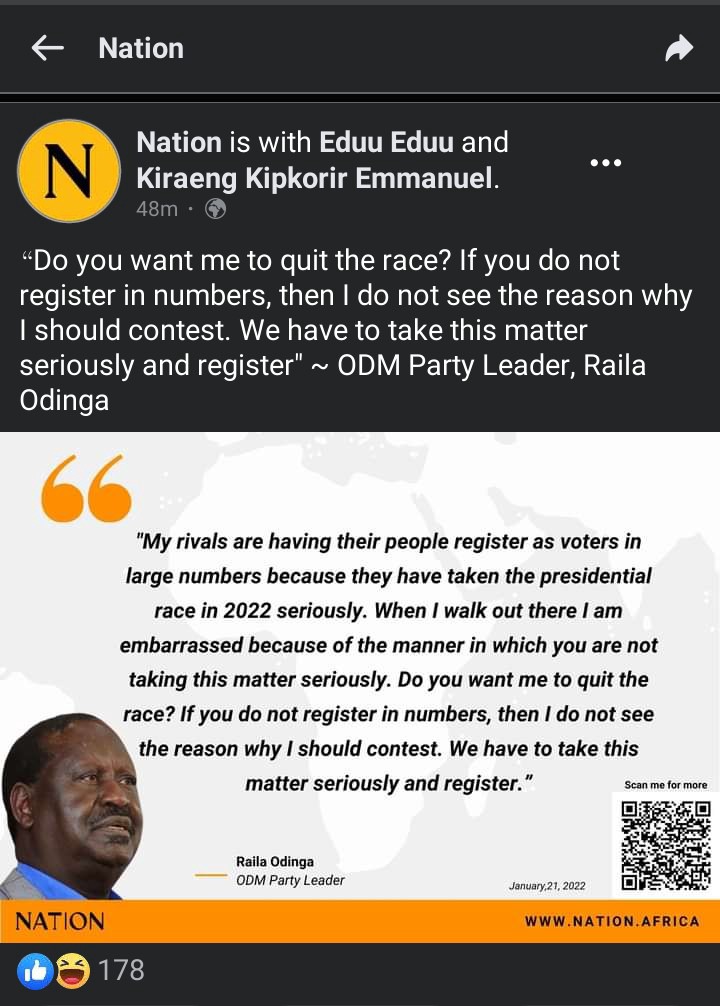 Speaking in South Nyanza regions where he was popularizing his Azimio La Umoja initiative, Raila told his supporters that their unwillingness to register as voters will verily force him to shelve his ambition for their is no logic in fighting a loosing battle.

Should Raila's supporters fail to arm selves with voting cards, the veteran will presumably bold out of the presidential race and that will consequently give Samoei a breakthrough and that will shatter Murathe's pro-Raila prophecy. 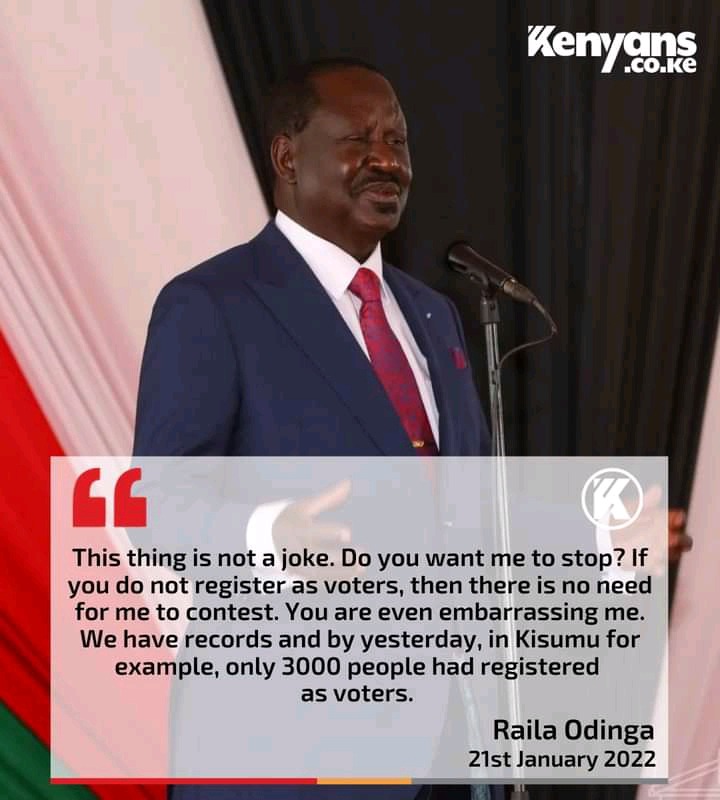 Jubilee Party vice-chair has time and again expressed his conviction that Kenya's fifth president will have Raila Amollo Odinga for names but without the latter's name in the ballot box, Murathe's anti-Ruto prophecy will fail to actualize.