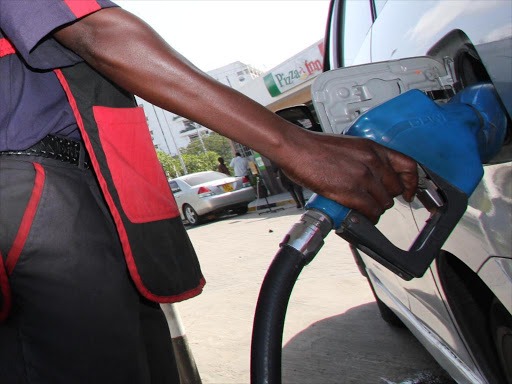 Deputy President William Ruto has demanded the government to crush cartels at the Ministry of Petroleum believed to have initiated the hike in fuel prices for their own benefit.

Taking to his Twitter account on Tuesday, October 12, Ruto gave the cartels an ultimatum to reverse the decisions made among them to award the cost per litre of fuel to private companies believed to have led to the historic spike in fuel costs that have brought the country to its knees.

He further called for the abolition of price controls for the purposes of reducing fuel prices."Decisions amongst them to 'gift' Ksh12/litre to private companies causing the punitive fuel costs while cartels rake super profits must be reversed ASAP. Price controls must be removed for competition to lower prices," he wrote.

While addressing grassroots leaders from Murang'a County on Monday, October 11, Ruto exposed the nitty-gritties of the cartels and how they reaped massive profits after the government, through the Energy and Petroleum Authority (EPRA), shot up the prices.

He went further to state that the government was working in cahoots with the cartels to protect their brazen business.

Nearly a month ago, he raised concerns over the prices while bashing the State for shooting up the fuel prices at a time the country's economy is still recovering from the hammer blow effects of the COVID-19 pandemic.

He urged the parliamentary committee on energy to engage the Ministry of Energy and review the fuel prices so as to relax the now-growing woes on the cost of living amongst members of the public.

"Parliament should also work with the Ministry of Energy and make sure that we manage this situation rolling out of hand. Then, we need to find a long-lasting solution to all the challenges facing Kenyans," Ruto explained.

Ruto further noted that the fuel price increase will morph into a general rise in the cost of living. He called upon the Cabinet Minister for Energy and all relevant authorities to resolve the matter that has since become the subject of nationwide uproar from various leaders and the entire Kenyan community.

In its attempt to reduce fuel prices, Interior CS Dr Fred Matiang'i on Sunday, October 3 announced that the government would begin reforming the Kenya Power and Lighting Company (KPLC) as part of its plan to reduce electricity after Kenyans complained in droves over the increased cost of fuel.