Edward Kisiang'ani on Twitter says that Former prime Minister Raila Odinga claims he knows the solution to the land crisis at the coast but he doesn't not reveal the solution.

While when the deputy president William Ruto visited the coast, he promised them that his government will buy idle land and settle people there but Raila Insulted Ruto instead.

"Raila Odinga claims he knows the solution to the land crisis at the Coast but he does not reveal the solution. DP Ruto says his govt will buy the idle land and settle people there but Raila insults Ruto instead. Will Raila seize the by force the Mugabe way and break law?" 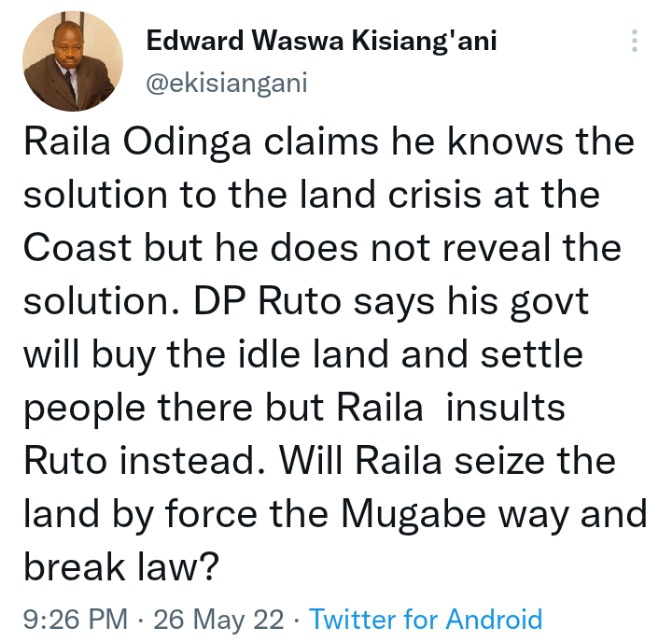 A fan replied saying,"Who owns those large idle land parcels in Coastal region, that you want to buy back? Mnatuonanga wajinga sana? Baba ashawagundua. You won't scam the Coastal people."

Another fan replied saying,"Prof.. @RailaOdinga Just told you @WilliamsRuto wants to sell all his idle land plus the 2500acres awarded to him in coast to Govt, Stopping such deals is one way of solving a Problem ."

Another fan replied saying,"We mzee The same Ruto who insulted Joho as an academic dwarf when he opposed relocation of dry port to Naivasha? Go tell that to the birds." 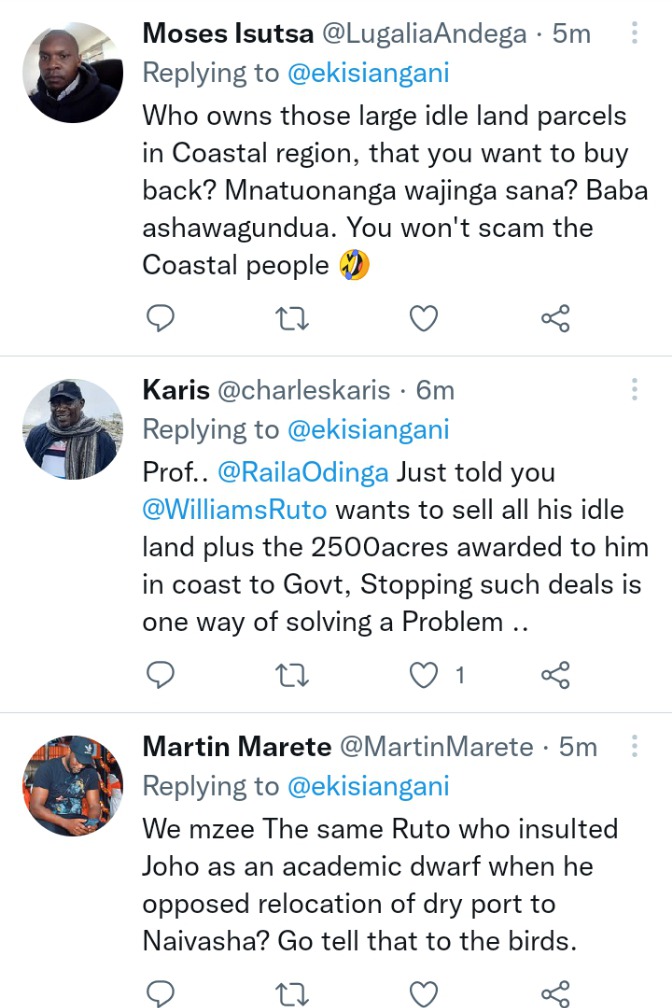