George Wajackoya Luchiri, a presidential candidate for the Roots party, has lately claimed that one of his rivals attempted to bribe him with 200 million Kenyan shillings to abandon his campaign. 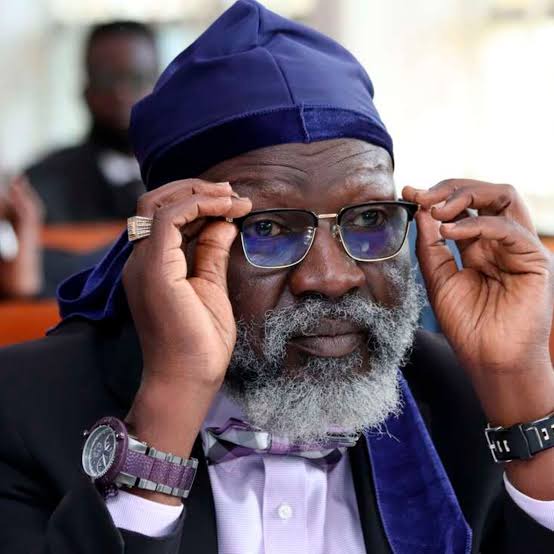 Wajackoya's popularity is increasing due to his controversial agenda, which is more appealing to the majority of his fans, who are young people.

Among the aspects of his manifesto that have been praised by the younger generation are the legalization of bhang, the reduction of working days to four, and other unique measures that he claims will boost the country's economy and make everyone a millionaire within a short time.

Recent surveys indicate that Raila Odinga leads the presidential contest in Nairobi with 50 percent, followed by Ruto with 25 percent and Wajackoyo with 7 percent.

Tom Wolf, a political analyst for Tifa, believes that Wajackoya might deny either Ruto or Raila a first-round victory in the August 9 elections due to his influence.

"Because of the unorthodox nature of his offers to Kenyans, I must assert that everything is conceivable. Three weeks ago, when TIFA conducted a survey in Nairobi County, he was at 3 percent. In an interview with a local station, he stated, "After reviewing the data, I determined that he has around four times more support among the youngest age group (18-24) than among those over 35."

In order for Wajackoya to deny the two leaders a first-round victory, however, his supporters must actively engage in the election since, according to Wolf, youngsters in the specified age range are less likely to actively participate in elections than persons over the age of 35.

"We also know from our data that, in terms of voter registration and likelihood of voting, younger voters are less likely to cast ballots on August 9 than older voters, so will that 7 percent for Nairobi ever materialize?" he said.

Wolf added that people currently supporting him could be doing so for fun.

"I would divide the individuals who are most likely to vote for him into three groups: those who are protesting the option between Raila and Ruto, those who may believe in his economic program, and those who simply like his music," the political expert explained.

Therefore, for Wajackoya's candidacy to be successful, he must do more effort to consolidate the votes of those over the age of 35 and also persuade young people to vote in the general elections.