By NewInKenya (self media writer) | 6 months ago

Kilifi county governor Amason Jeffah Kingi, has broken silence after being silent for sometimes, the second term governor took on deputy president William Ruto over the remarks he made while in his tour of the coastal region.

Ruto critisized the Jubilee administration for neglecting the people of coast especially Kilifi where governor Kingi hails from, in his response, the governor took on Ruto describing his remarks as being hypocrite, he argued that Ruto did completely nothing when he was the minister for agriculture but instead prioritized rift valley region.

"It's a pity that when you served as Agriculture Minister, You did absolutely nothing to help the poor Coast Farmers. You neglected and marginalised coast farmers when you had the power and resources to change their lives. Instead, you prioritized Rift Valley. SHAME ON YOU." Kingi responded through his Twitter handle.

Ruto's sentiments have been criticized by many politicians especially those opposed to him, many have argued that he has been in the government for very many years and shouldn't complain about the same government. 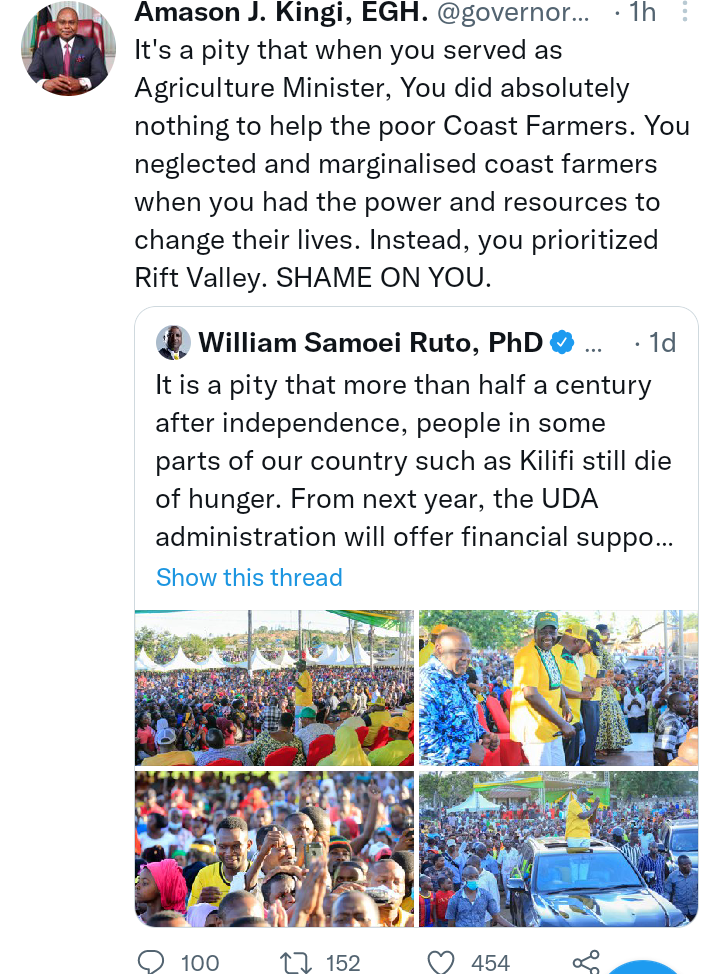