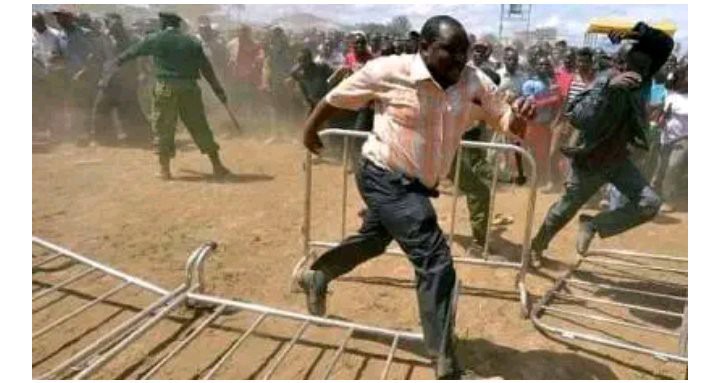 It has emerged that supporters of a top politician in Nairobi who is seeking a governor seat stripped naked a man at Woodley grounds after they suspected him of hiding campaigns money which had reportedly been dished out by the governor candidate during campaigns to be shared among the supporters.

According to claims, the man was allegedly given the money to distribute to the rest of the supporters but a chaotic scene ensued that led to the man being stripped and left without clothes.

It is alleged that the man had hidden part of the money and reportedly wanted to flee with it.

"The candidate was here on a campaign tour and after the meeting, he called the man and gave him money to share with others. After that, the other men started chasing him and an argument ensued before they stripped him," an eyewitness said.

Another witness has explained that the man was attacked by a group of rowdy youths who wrestled him and tore his clothes and managed to take away the money from him before escaping with the bunch of cash.

However police officers responded to the incident. But the officers reportedly said that the incident happened so fast and they couldn't do much but rescued the man from the rowdy youths who managed to disappear. Details say that the man was then given some clothes by good samaritans who witnessed the incident.

"Tulia..." Karua As She Assures Ruto A Legal Battle Challeging His Presidential Win In Supreme Court

Lawyer Ogolla States Why Uhuru Might Have Not Congratulated Ruto