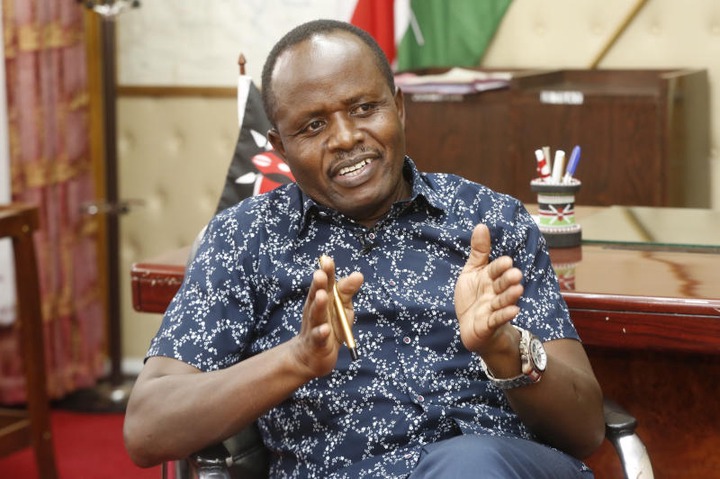 The immediate Former Rift Valley Regional Commissioner George Natembeya, has revealed out that so many political parties have approached him to vie for Trans Nzoia County Gubernatorial seat under their tickets including Deputy President Dr William Ruto's outfit United Democratic Alliance (UDA), but he turned down their offers and chosen Democratic Action Party of Kenya (DAP-K) of Defence Cabinet Secretary Eugene Wamalwa.

Speaking during an exclusive interview with NTV, Natembeya said that many political outfits have approached him especially the United Democratic Alliance (UDA) of Deputy President Dr William Ruto, and they started even before his resignation because they know his capacity in Trans Nzoia County boss race. He argued that they his qualifications are selling his bid and they know how easy it would have been for them to clinch that seat if he ran on their party ticket.

But he turned their offer down and chosen the newly unveiled party DAP-K. "I have been approached by many parties like UDA, Ford Kenya and others and they started giving me the offers to run on their tickets for Trans Nzoia Governor's seat even before I resigned from RC. They all know my capacity to win that seat and it is therefore easy for them get it if I run on their party. But I turned down their offer for DAP-K because for me a political party does not matter so much really." He argued.