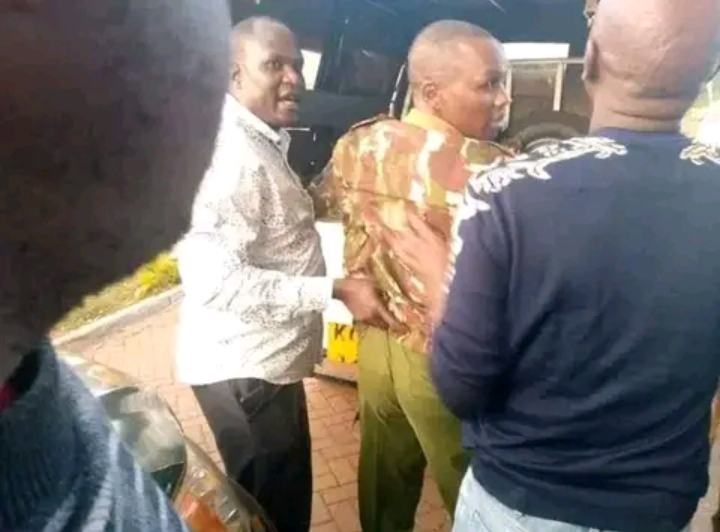 Three individuals, including two police officers, are being held by police in Kilgoris on suspicion of transporting marked ballots and other electoral materials.

Kizito Mutoro, commander of the Narok County Police, said in a statement that the suspects were apprehended at 6:30 p.m. after members of the public followed the car and raised the alarm.

"The police got a panic call from members of the public who claimed to have discovered ballots that had been marked at a gas station. At the location, police discovered a Toyota Sienta with electoral materials escorted by two police officers ,"said Mr Mutoro.

He stated that suspects had refueled their vehicle at a gas station in Kilgoris. He reported that the suspects are being detained at the Kilgoris Police Station. 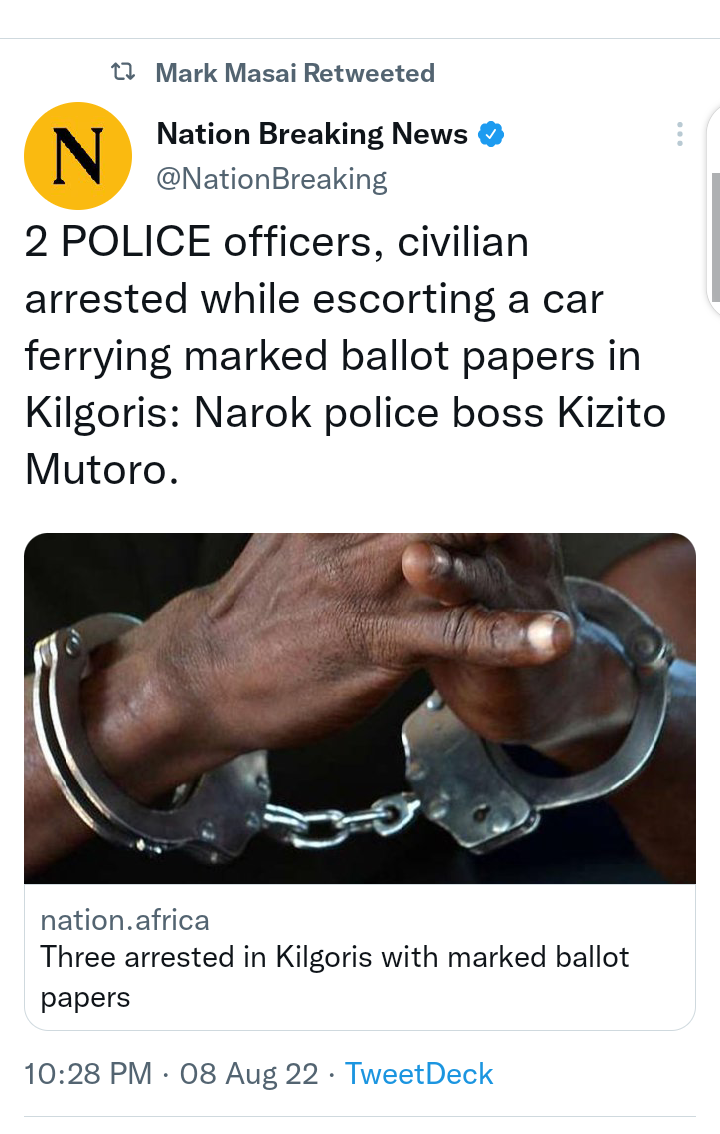 Five form 36c, six form 34b, seven form 39b, eight form 35b, nine form 36b, ten 38b, and eleven copies of work tickets for rented vehicles are also some of credentials found in the car.

"One ballot box during the presidential election was destroyed by the public. The returning officer for Transmara West constituency acknowledged that the captured papers belonged to the IEBC ,"he added

Four MOST LUCRATIVE businesses to establish in Kenya

Badi Hands Over All NMS Functions to Governor Sakaja

JUST IN: Badi Formally Hands Over All NMS Functions To Governor Sakaja