Today, the deputy president alongside his ally Rigathi Gachagua took their UDA campaigns to Nyandarua and apparently things went somehow bad. The deputy president and his campaign team had a plan of popularizing their bottom up model and they had actually started welcoming a large crew of people.

All over sudden, angry youths in the campaign came out fighting and they actually caused commotions everywhere. The deputy president was forced to stop talking because nobody was listening and residents were actually making destructive noise. He tried to calm down the rowdy residents and apparently it reached a point where they were actually defeated. 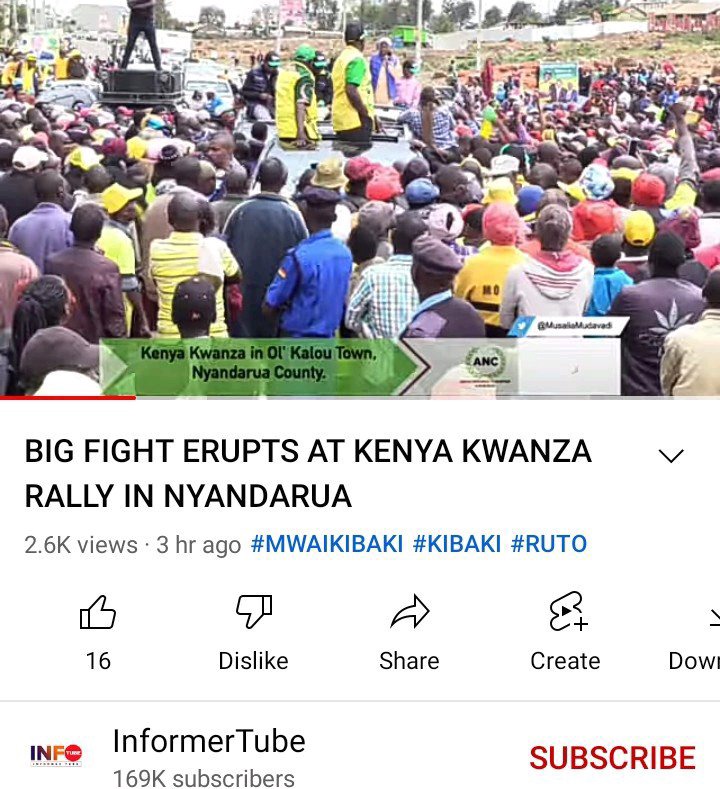 Together with Rigathi Gachagua and other UDA members, the team was forced to leave Nyandarua and they headed to other areas for campaign missions. The deputy president has not yet specified whether he'll be back to campaign in the area but so far everything is okay since nobody was hurt in the commotion. https://youtu.be/dsEv6a4DAV4