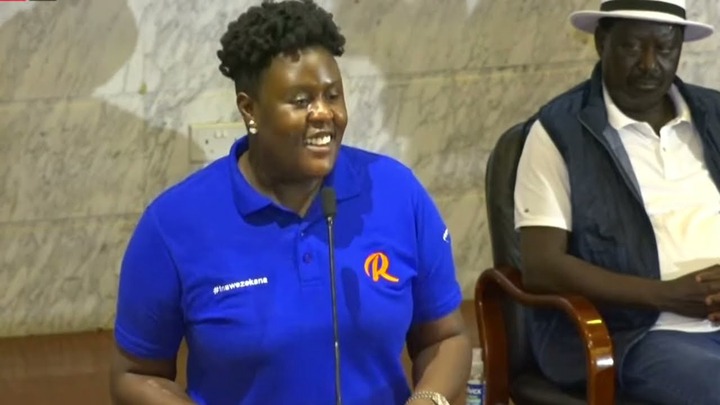 Through her official social media handle on Saturday evening, Winnie Odinga responded to renowned social media personality Dr John Njenga who had requested her to apologize to Moses Kuria.

Dr John Njenga had urged the daughter of Odinga to desist from paying bad with bad. Njenga noted that the remarks by Odinga in a bid to defend her father were inappropriate. 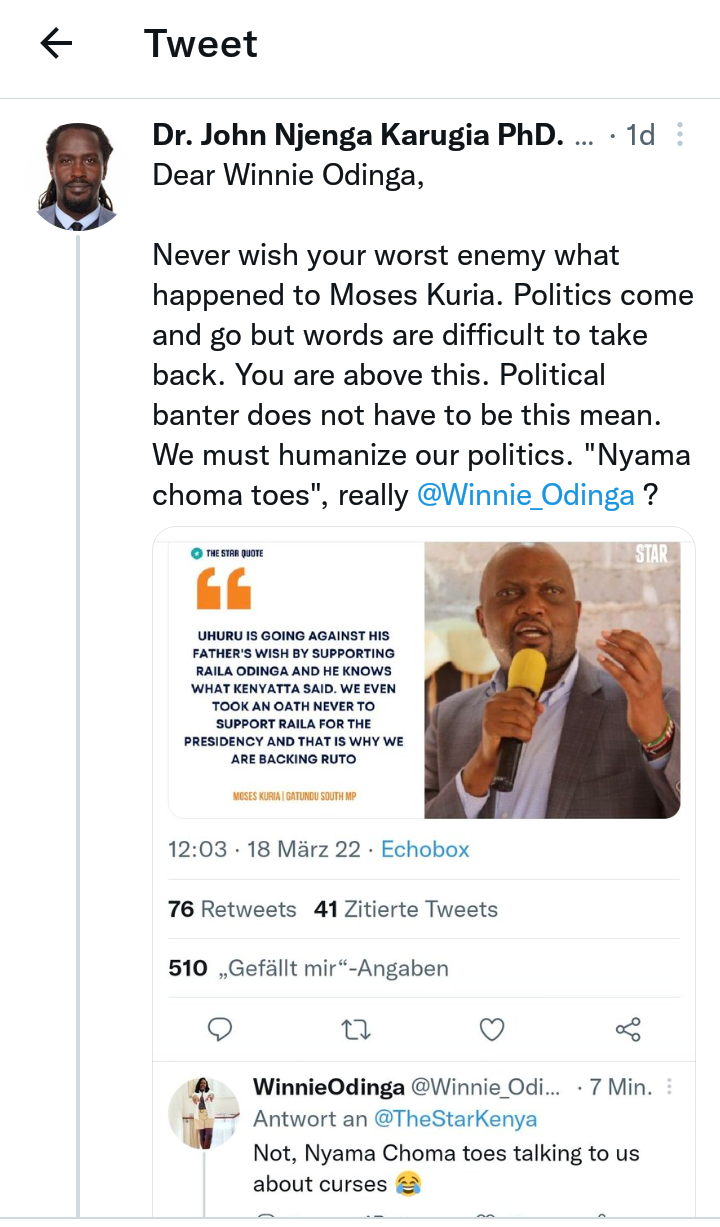 However, Winnie Odinga while responding to Dr Njenga's request maintained that she was not going to apologize to Chama Cha Kazi party leader.

''I’m not going to apologize to a bigot. This is a war tactic called bastardization, whereby the aggressor dehumanizes the opponent before rallying a group to take drastic actions bcoz they don’t see others as brothers. Eg. Radio Milles Collines calling ppl cockroaches. RIP Musando,''said Winnie Odinga. 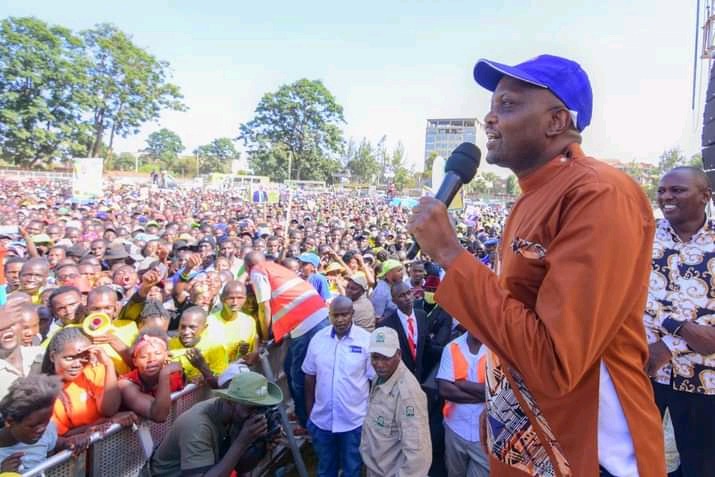 Moses Kuria during a Kenya Kwanza rally on Friday held at Gatundu said the Mt Kenya people had taken an oath never to support uncircumcised people.

The said 1969 oath was allegedly administered by the founding President Mzee Jomo Kenyatta at his Ichaweri home.

The remarks by Moses Kuria has continued eliciting mixed reactions among Kenyans.