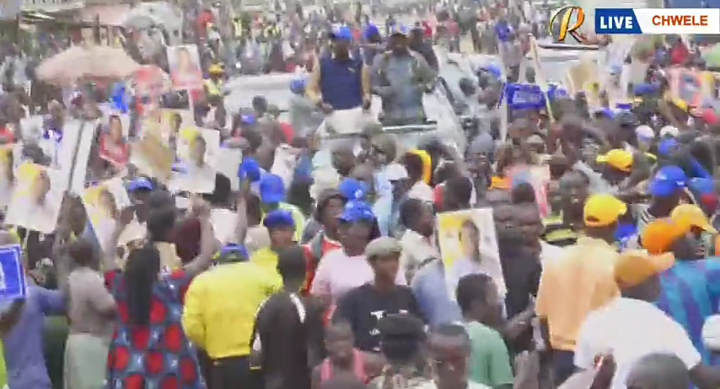 Though the Azimio rally at Chwele trading center was successful, Junet Mohammed was forced to cut short his rally closing speech and prolong the stopover for a few more minutes after the crowd demanded a former ally of the deputy president William Ruto to address.

Junet had just began telling the crowd that the rally was coming to an end for the sake of time when the crowd began chanting Evans Kaikai's name. "Kaikai! Kai! Kai!," the crowd shouted forcing Junet to welcome him on stage.

Seizing the moment, the former Kenya Revenue Authority director Evans Kaikai stated that he was the one who took residents into the deputy president William Ruto's UDA camp but later realised nothing good would come out of Kenya Kwanza. "I took people to UDA in 2021 but now am fully in Azimio and I have brought them back," said Kaikai.

Evans Kaikai was UDA's aspirant in the Kabuchai Parliamentary seat by-elections held last year. He lost to Machimbo Kalasinga and has since decamped from the Kenya Kwanza camp to Azimio.