Professor makau Mutua is a distinguished law professor and also Raila Odinga's spokesperson. He is also among the secretariat of Raila Odinga's Campaign team. He talks on his social media pages on matters concerning human rights as he campaigns for his boss too. 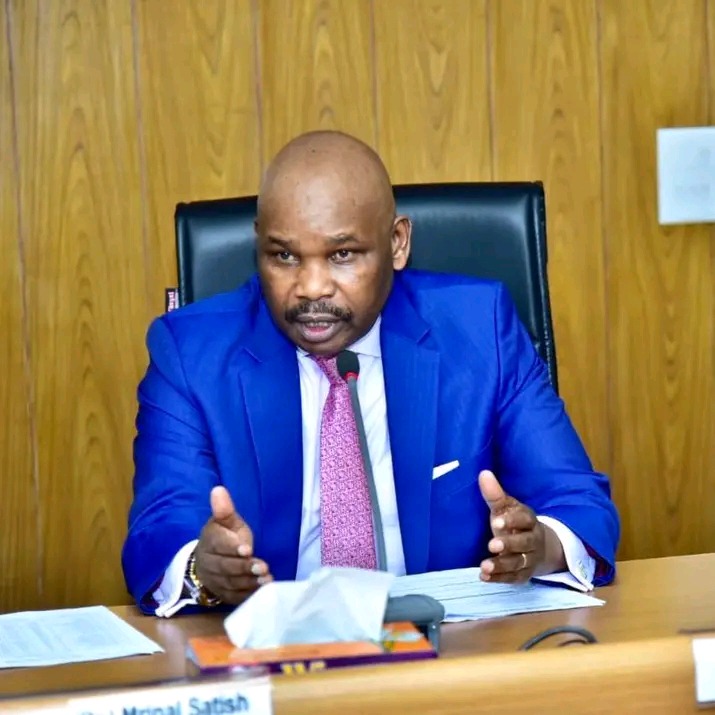 The August 9 general election is around the corner with less than 75 days remaining and presidential aspirants are steaming up their campaigns. Raila Odinga will face a tough competition from UDA's and Kenya Kwanza flag bearer William Ruto.

The Mount Kenya region has attracted many political analysts to discuss it as every presidential candidate is targeting to get more votes from this voters-rich Region. The Mount Kenya has over 4.5 million votes making it a battleground for Raila Odinga and William Ruto.

Deputy president William Ruto has had a lead in the region making it one of his strongholds together with the Rift Valley region. Raila Odinga on the other hand is trying his best to garner at least 30% from the region to add on his votes from Nyanza, Western, Coast and some from Ukambani. 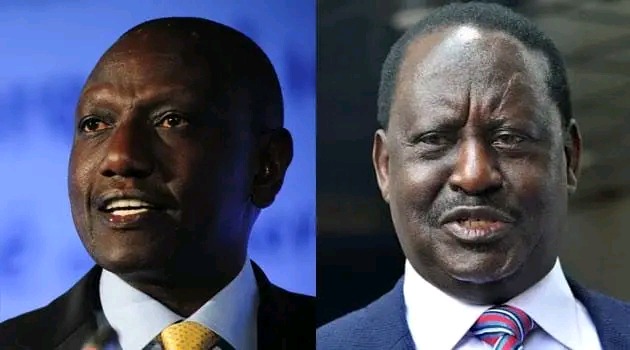 Makau Mutua today has given an interesting prediction on who will garner more votes from Mount Kenya ahead of August 9 general election. He said that his boss, Raila Odinga will thrash William Ruto with at least 60% from the Mount Kenya. He also added that Raila Odinga's running mate Martha Karua will succeed Uhuru Kenyatta as the Gema 'queenpin'.

"I predict that come August 9, Mr Odinga will carry the mountain with percentages north of 60 per cent. Regionally, I believe now there is no doubt Ms Karua will succeed Jubilee's Uhuru Kenyatta as Gema 'queenpin'. She is the new sheriff in the mountain. She is the return of Mumbi." Makau said. 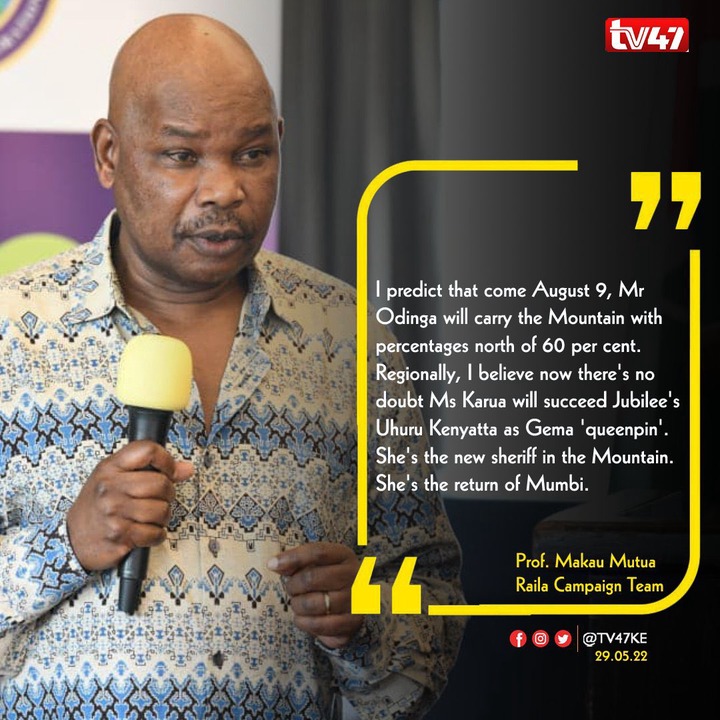 Do you think Makau's prediction will come to pass come August 9? Kindly share your thoughts in the comments section as you like, share and subscribe to the channel for more interesting updates made for you.

Huge Gap Between UDA's Kotoo Ole Metito, Ole Lenku, And Nkedianye According To The Recent Polls