Deputy President William Samoei Ruto is among the presidential contenders who have paraded themselves to succeed President Uhuru Kenyatta when his time to hang his leadership boots eventually knocks later this year.

The Country's second in Command has settled on Mathira Member of Parliament Rigathi Gachagua who hails from Nyeri County in Mount Kenya as his running mate for this looming contest. 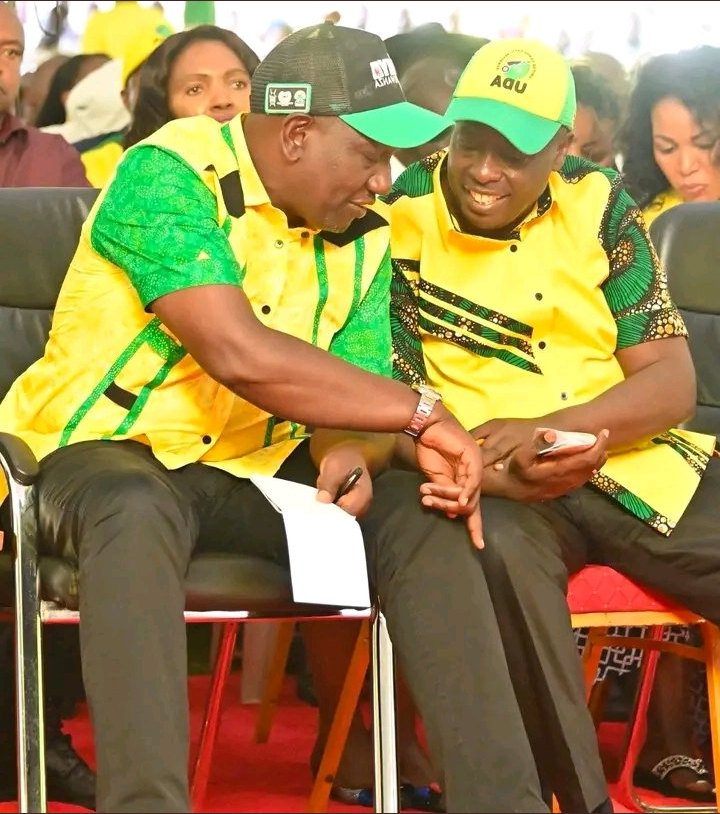 By picking Gachagua as his deputy President designate,Ruto has seemingly made a grave and monumental political blunder that could highly cost him the presidential seat come August ninth. This is according to a reknown political analyst and University don,Herman Manyora. 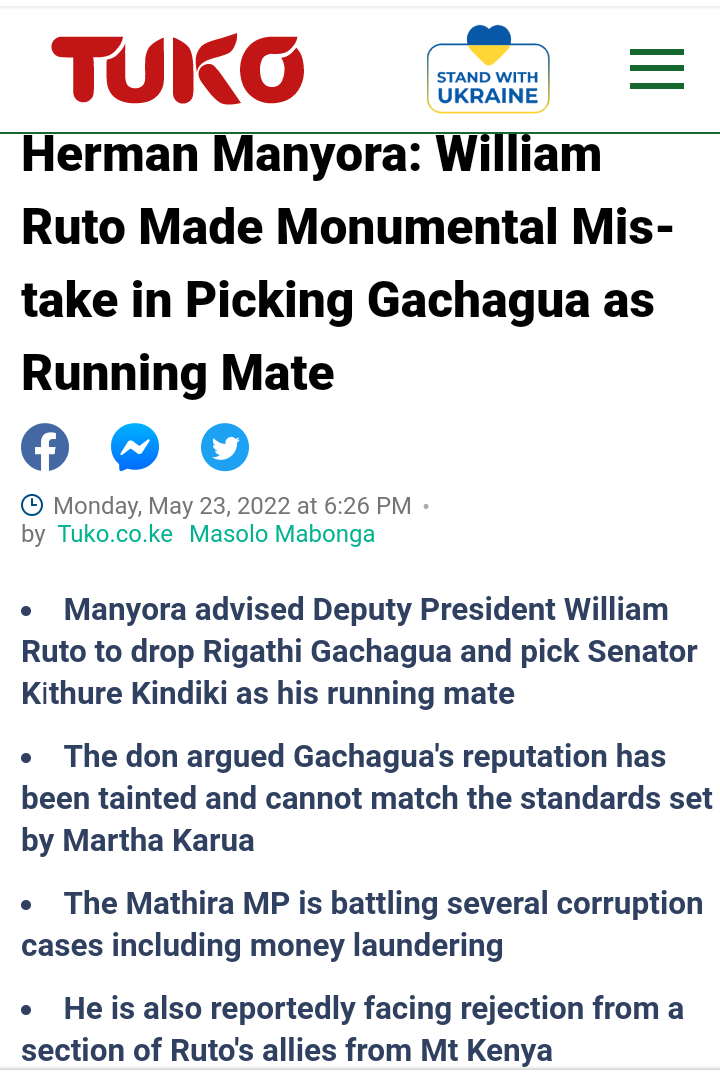 Manyora has cited myriads of graft accusations against Gachagua that has constantly put him on the radars of investigative agencies as undoing factor to Gachagua and William Ruto in extension.

Manyora has instead advised Ruto to replace Gachagua with Tharaka-Nithi County Senator Abraham Kithure Kindiki who he observed as one who could match the might and influence of Martha Karua who is the running mate to Azimio presidential flagbearer, Raila Amolo Odinga. 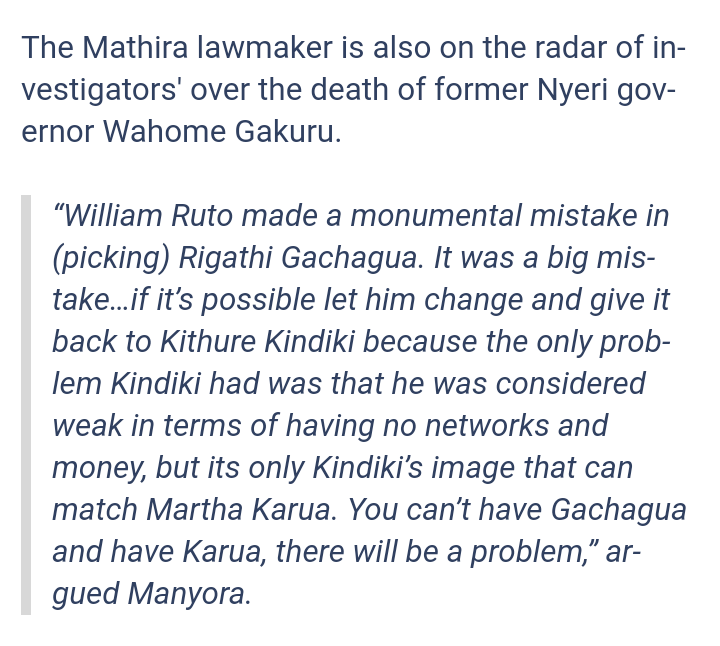