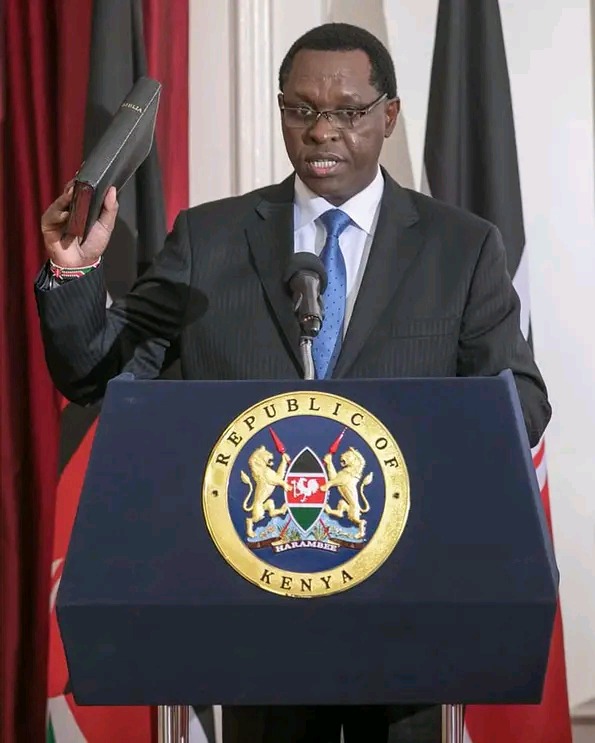 After five years at the State Law Office, the curtains could be about to fall on the Solicitor General Ken Ogeto with the Government shortlisting candidates for the position.

Ogeto, was one of former President Uhuru Kenyatta's key advisors during the final years of the Jubilee Government. As the accounting officer in the Office of the Attorney General at the time, the seasoned lawyer wielded too much influence.

His was a high profile appointment considering that Uhuru had just moved his one-time Personal Assistant, Njee Muturi in the January 2018 changes.

Muturi was moved to State House and appointed as chief of staff. This was seen more as a demotion of some sorts. But for Ogeto, he was suddenly thrust into one of the most powerful offices on land where he interacted with the high and the mighty. In his position, he was very close to power for the entire second term of Uhuru's reign.

With the Government moving with speed to find Ogeto's replacement, this would mark the end of an era for a man who has run the show at the Law State Office. But who will succeed him? Will it be former MP Shadrack Mose or ex- Law Society of Kenya President, Nelson Havi?