By JOEJY (self media writer) | 6 months ago

Newly appointed Rift Valley Regional Commissioner Mohamed Ahmed Maalim has stated that he is determined to restore peace in the insecurity-stricken region. Maalim while speaking today said his experience with volatile areas has equipped him with what it takes to transform the region.

“My goal is to do away with the cases of killings rampant in this region. I am hopeful that together with other stakeholders in the region we will bring the change the people want to see in the Rift Valley region,” said Maalim.

Mohamed Maalim commended his predecessor George Natembeya as a notable administrator, saying his visibility among citizens and involvement in grassroots affairs is worth emulating. He further warned politicians perpetuating incitement during the campaign season, saying his administration will be monitoring political rallies closely.

Former Rift Valley Regional Commissioner George Natembeya announced his resignation last Wednesday, saying he wanted to focus on his political ambitions. He stated that he will be in the race for the Trans Nzoia gubernatorial post in the August polls. 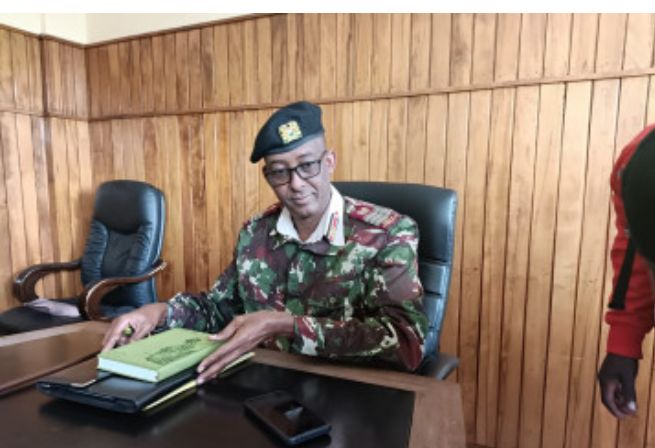 Content created and supplied by: JOEJY (via Opera News )

"Give it up, it's Over" Says Kuria As He Finally Alleges What Other People are Trying to 'Do'

Ruto & Gachagua Finally Speak On Swearing In Petition Filed Against Them

OPINION ;If your boyfriend does these things, he truly loves you more than you think