By DeepState1 (self media writer) | 6 days ago

IEBC Chairman Wafula Chebukati has revealed that 5 IEBC officers who were suspended are currently being investigated by the director of public prosecution after they were allegedly caught engaging in illegal voters transfer. 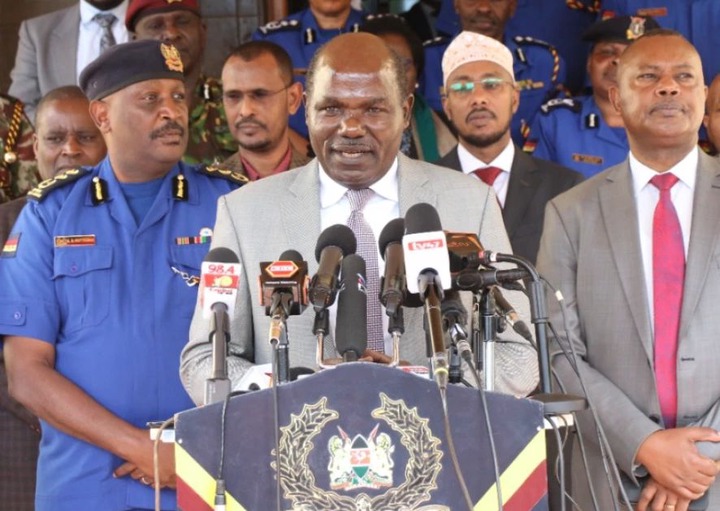 In a news report that has been shared by a reliable source of information, it has been revealed that the 5 Suspects who are currently being investigated were caught transferring votes to an unknown location without the approval of the board.

According to the reports given by Wafula Chebukati, he claimed that they decided to stop the officials from working in order to give the DPP time to investigate this incident.

This is happening at the same time when the deputy president of Kenya, honorable William Ruto and his UDA team has claimed that he has faith in the IEBC. According to the reports given Ruto, he claimed that the IEBC will be able to perform as long as its left to work Independently.

While reacting to this incident, kenyans who went to their different social media accounts to express their opinions and suggestions on the issue have called upon the directorate of criminal investigations to conduct an investigation in order to find out whether or not they have done so in the past.

According to the reports given by Kenyans, they claimed that it was so unfortunate that the government is yet to do something about the increasing number of concerns being raised by a number of politicians ahead of the oncoming General elections which is supposed to be held in a few weeks. 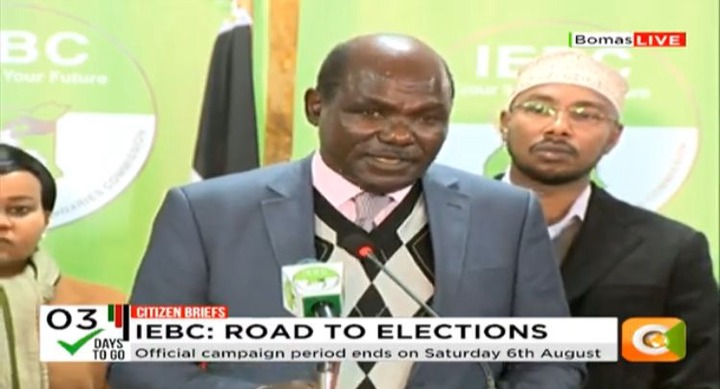 Alicia... This is a not a good thing. The IEBC should make sure the suspects are charged and even fired from the IEBC. 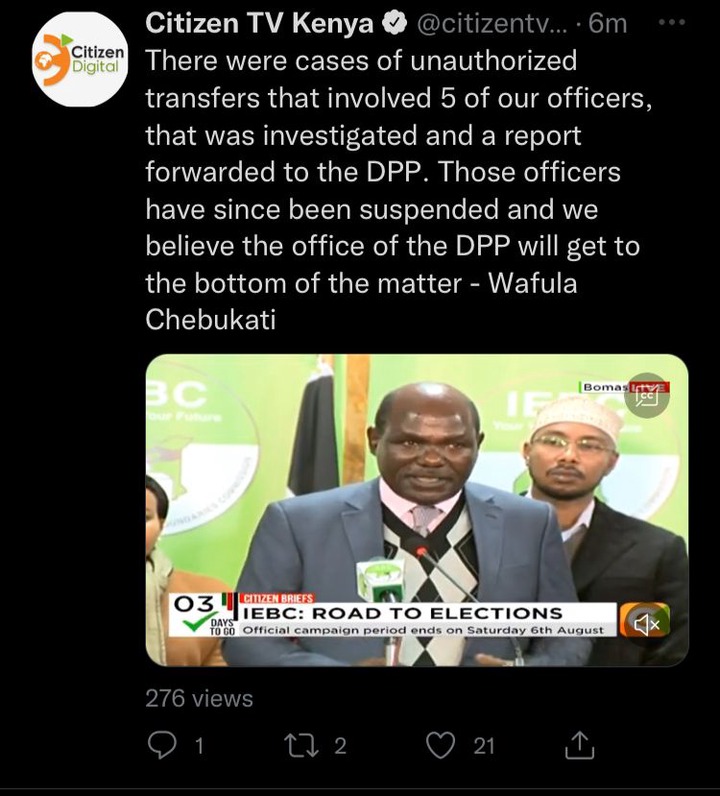 Kenya Decides: List of Governors Who Have Been Elected Across 47 counties