Revealed :What President Samia's All Female Security Team Did In Statehouse That Has Impressed Many

However apart from all that, keen Kenyan journalists were amazed by the president Samia's all female security team who conducted themselves in one of the most unique and special ways while protecting the president with new tactics at every stage of her visit.

Immediately after arriving in the Kenyan Airport, one of the president Samia's female Bodyguard alighted immediately inspecting and surveying the whole area in order to make sure that it was safe for the president who alighted later while being followed by her second guard.

This was followed by another tactical move after president they started walking towards the Statehouse where unlike other president's who are always having their Bodyguards walking Infront or at their back, Samia's bodyguards walked in a pyramid form protecting her on a 360 point of angle.

While at the Statehouse, President Samia's bodyguard made sure they checked her chair despite the fact that it was in the Statehouse in an incident which amazed alot of journalists along with the witnesses on how determined her guards were in order to ensure that she is safe. 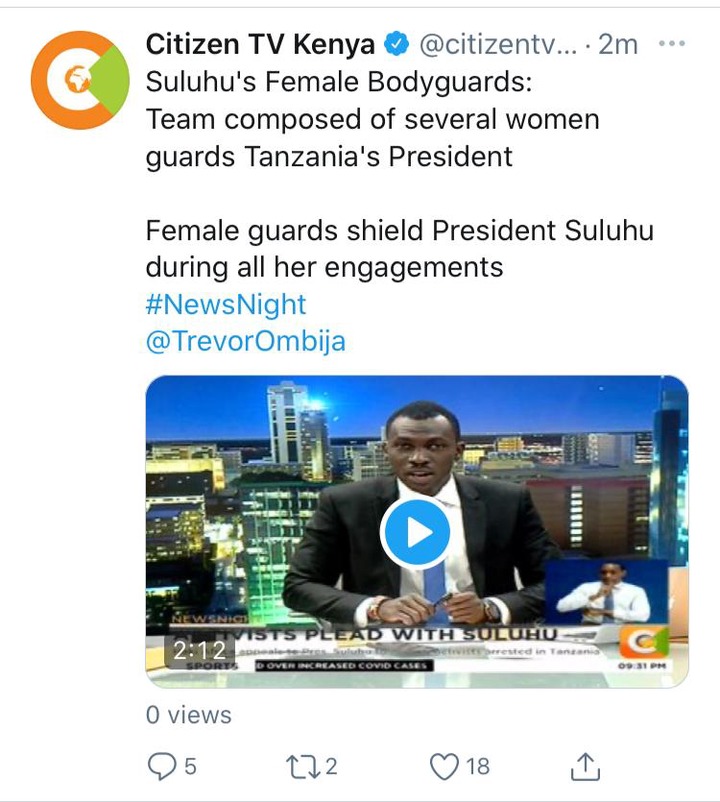 Man Arrested For Defiling A School Girl In Tea Plantation.