By KrimeExpert (self meida writer) | 27 days

Outspoken politician and leader of NARC, HONORABLE Honorable Martha Karua has defended the former president of Kenya, Honorable Mwai Kibaki on claims that he never visited one of his campaigners who died several years ago. 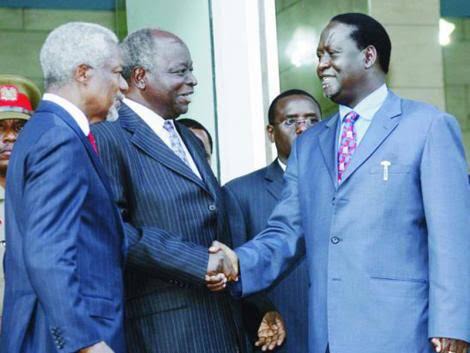 Taking to his Twitter account to express his concerns and disappointments after the death of a renowned politician in Busia, A Twitter user who has been identified as Lord Mark Kyallo claimed that it was so unfortunate that the former president Kibaki was too busy to visit the late politician who died in misery.

According to the reports given by Kyallo, he claimed that President Kibaki never took the time to visit the late Wanjiru who allegedlly Campaigned for Kibaki until her demise.

While reacting to this post, NARC leader Honorable Martha Karua called out the man who he accused of allegedly spreading what she termed as Fake news in attempts to taint the name of the former president of Kenya.

According to the reports given by Martha Karua, she revealed that President Mwai Kibaki used to send her to visit the late politician adding that as one of Kibakis minister, she would report everything back to him. Martha Karua went ahead and revealed that Kibaki was different and was more concerned about his people more than politics. 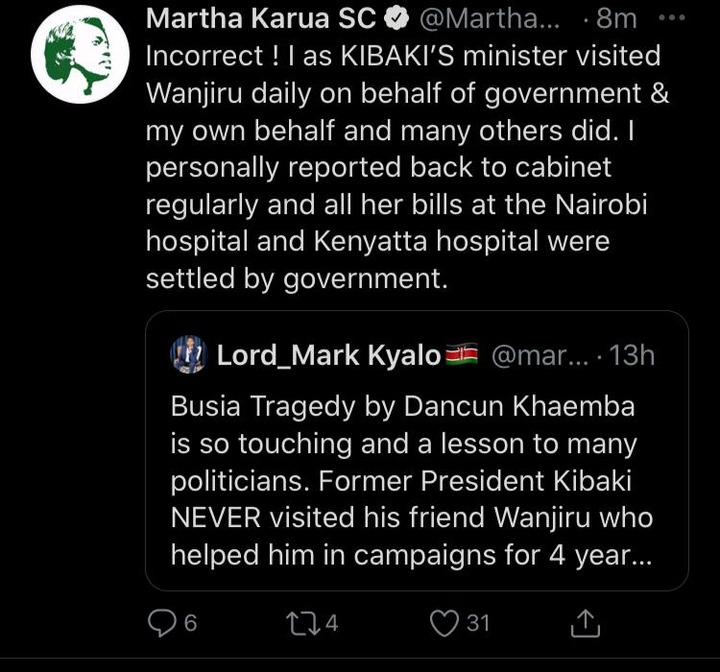 "Kimeumana" Raila In Trouble As His Close Diehard Makes A U-Turn, Raises Speculations

"We Are So Finished," Arsenal Fans Furious At Their Club Over Varane To Man United Confirmed Deal

NTSA Announces This News To The Public

Azziad Nasenya Responds After Edgar Obare’s Exposé, Cites What She Can't Do