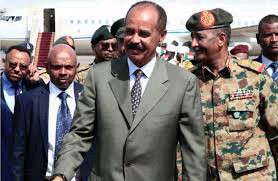 Many countries held elections as it is a right to everyone to choose his/her favorite leader who will lead for a certain term. For instance Kenya is preparing herself for 2022 general elections where Kenyans shall elect their 5th president. This happens after every 5 years.

Do you there is a country in Africa that has never held elections since it attained its independence despite all countries in Africa holding general elections after certain period of time? Well if you didn't know about that, you should now know or get ready to know because am going to let you know that.

In Africa, there are 53 countries from 52, this is after the Republic of Southern Sudan was formed in 2011. Out of the 53 countries, Eritrea is the only country in Africa that has never held any general elections for years now. This is the country that has a president who was elected by Members of Parliament back in 1993 and has been in the office up to date. It is believed that the country with over 7 million people has no freedom of speech, press, or religion and has no sign of holding general elections any time soon. The Presidential elections were planned to take place in 1997 but later got cancelled.

Eritrea's current president is President Isaiah Afewerk. The country has no opposition leader like other countries. 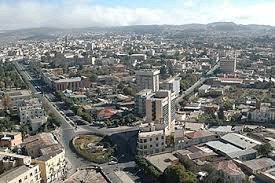 Asmara, the capital city of Eritrea.

How Ruto Was Welcomed By Church Leaders In Meru County (Video)