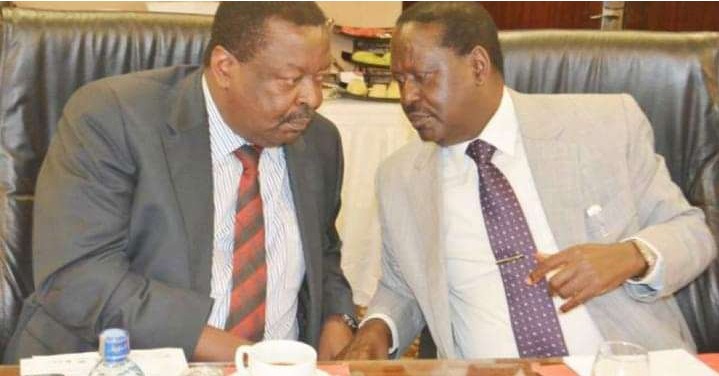 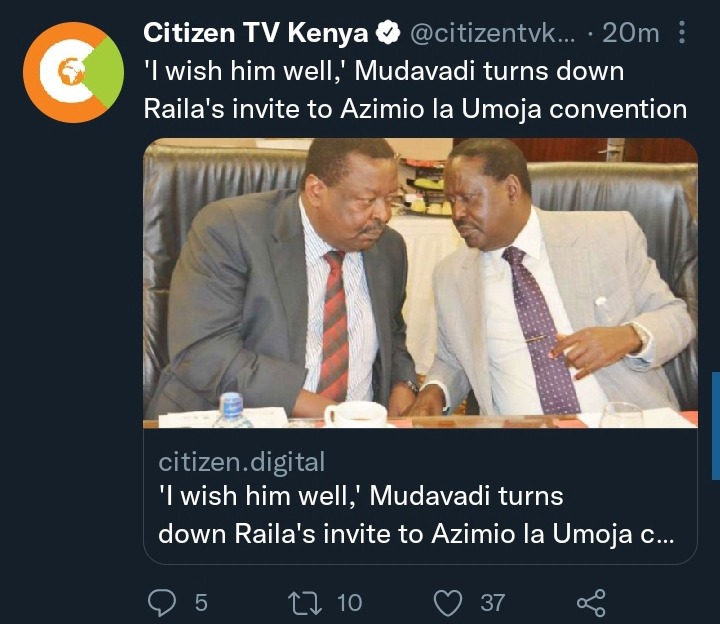 Musalia Mudavadi gave his reason for rejecting the invitation as he stated that he will be dealing with some person issues.

"I have just received an official invitation to Azimio la Umoja Convention. As noted herein, the invitation was addressed in my personal capacity as ANC Party Leader and not OKA Principal.

Regrettably, I will not be able to attend because of personal engagements. Raila Odinga is a worthy competitor, I wish him well because tomorrow will clearly be his day in the sun." ANC party leader Musalia Mudavadi stated.

Was this a wise move?

Details Reveals How William Ruto Took Mudavadi to His Side After Almost 2 Years of Secret Meetings.

You Have The Right To Be Disappointed With Me. Musalia Answers President Uhuru.