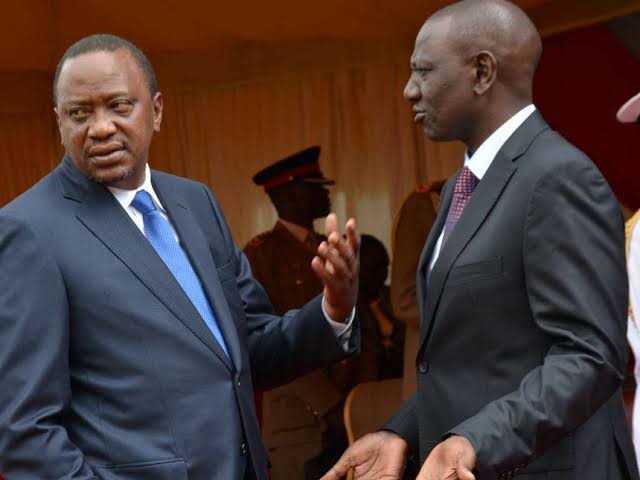 Today, president Uhuru kenyatta blasted his deputy William Ruto for the accusing him of being the reason behind kenyans suffering.

According to the president, Ruto is currently campaigning around the country pledging to help kenyans through his new manifesto while else he had a chance to make the same developments in his government.

Well these remarks by the president Uhuru kenyatta left many speaking across the internet with some politicians answering him.

Speaking during a rally in Chuka, Ruto said told off the president telling him that his failure has been brought about by the former prime Minister Raila who is currently supporting as his preferred successor in the August 9 General Elections.

The interesting remarks come at the back drop of increased political temperatures around the country with politicians moving frrim County to county seeking votes. 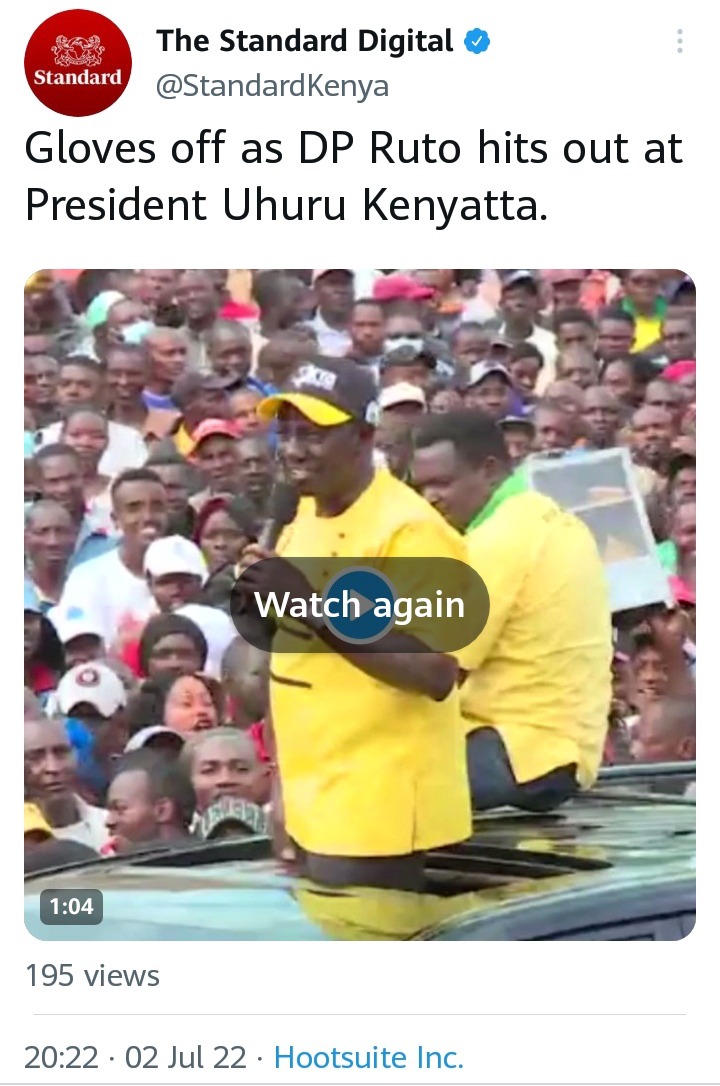