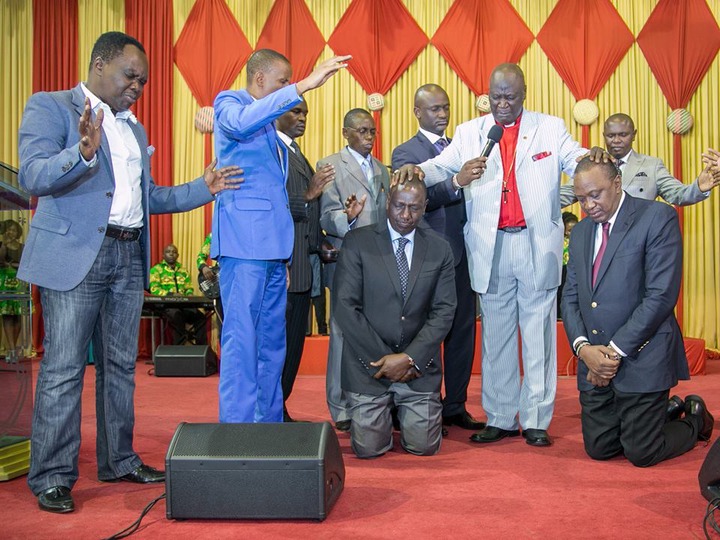 It is now becoming official that President Uhuru Kenyatta and his Deputy President William Ruto are each on their own path.

The two leaders who came up together to form the government in 2013 are constantly reading from different scripts with the president now concerned with his legacy while the Deputy already launching his 2022 presidential ambitions.

It is still not yet clear on why the two have parted but it has been alleged by the President's inner circles on many occasions that the divorce between the two was due to DP Ruto's premature 2022 campaigns.

Some popular and influential bishops in the country are however racing against time to reconcile the two. 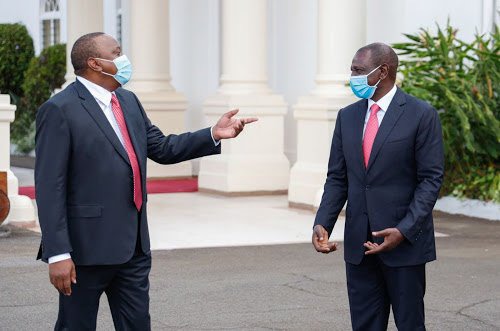 As reported by the Star today, these Bishops are concerned that the growing rift between the two leaders could result to chaos if not solved immediately.

These influential Bishops racing against time to reconcile the two include the outgoing Christ is the Answer Ministry's Bishop David Oginde.

According to Oginde, the continued animosity between the two could increase the political temperatures in the country.

Other influential Bishops include Robert Lang'at who is the presiding Bishop of Africa Gospel Church of Kenya, Retired Africa Inland Church leader Bishop Silas Yego is also among bishops seeking for reconciliation between Uhuru and Ruto.

The Nairobi Catholic Church head John Cardinal Njue is also among these Bishops concerned with the growing rift between the President and his deputy.

These Bishops have also revealed that they are working under pressure to seek an appointment with the two leaders where reconciliation talks will begin.

It will however not be a walk in the park for these leaders due to the fact that Jubilee Vice Chairperson David Murathe who is believed to be among Uhuru's inner circle once revealed that the differences between the two were irreconcilable.

'' You Will Regret, I Will Investigate and Prosecute You'' Ruto Drops a Shocker to Uhuru