What Caused Former President His Marriage

By MusyokaDe (self media writer) | 7 months ago 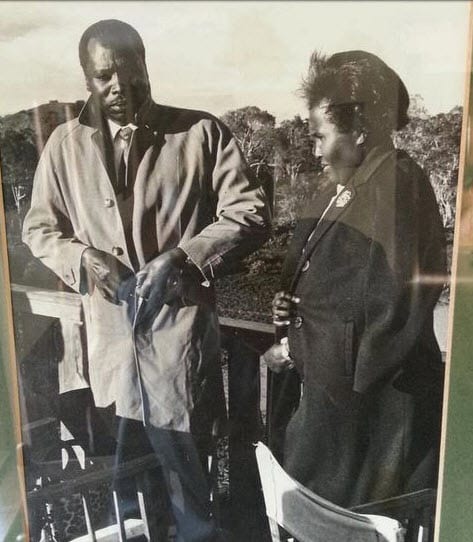 Former President Daniel Arap Moi had only one known wife by the name Helena Bomett, who he married in 1950. Moi wedded Lena at African Inland Church (AIC) in Eldama Ravine after paying the dowry.

However, the two lived a quiet life both working as teachers until 1955 when Moi had been appointed to the Legco to represent the Rift Valley region in Kenya.

The couple had been blessed with several children among them Gideon Moi, who is the KANU chairman and current Senator for Baringo County.

However, according to Moi’s biographer Andrew Morton, this is when the retired Head of State abandoned his wife for politics.

“He would travel anywhere, do anything, see anybody if that had been Kenyatta’s wish,” he wrote in the biography, The Making of An African Statesman.

But President Moi would not leave his wife for good until an event happened in the year 1974, when the Vice President had organised a dinner dance at the Rift Valley Technical College and Kenyatta being the chief guest.

It happened that Moi danced with the First Lady Mama Ngina Kenyatta but Lena Moi refused to dance with the President and instead insulted him.

“As an uncompromising Christian (Lena Moi) believed that dancing is sinful, but the insult to the President gravely embarrassed Moi,” wrote Morton. Such ’embarrassment’, made Moi sent his wife away to Kabimoi where she quietly lived with her son Jonathan until her death in 2004. Her husband Moi died later at The Nairobi Hospital at the age of 95. He had been buried at his Kabarak home. His grave is next to his former wife Lena Bomett.