Musalia Mudavadi Reveals Why Kalonzo And Moi Walked Out Of His Bomas Meeting.

ANC leader Musalia Mudavadi has come out and publicly told Kenyans the reason why Wiper leader Kalonzo Musyoka and Gideon Moi of KANU walked out of his 23 NDC. 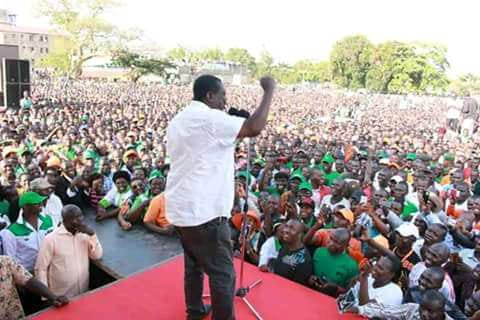 Speaking in Bungoma county where he was accompanied with Deputy President William Ruto, Musalia Mudavadi said him together with former OKA leaders have been obeying orders by President Uhuru Kenyatta and he found it as a time wasting strategy for him.

"They feared President Uhuru Kenyatta because he never wanted them to be anyway close to Deputy President William Ruto," he said.

Musalia now says he has no problem with them because they are his good friends, he has told them to stop being afraid and make their own decisions without any intimidations.

He has also used the opportunity to caution elected and nominated Members of his party to be careful adding that the move is likely to hit back at them.

He has asked president Uhuru Kenyatta to ensure he leaves behind a united nation as ODM leader Raila Odinga retires.

From A Watchman To Employing Over 200 People

Reactions As Two Students Arrested For Beating Their Biography Teacher.