By Politics_KE (self meida writer) | 1 months

Governor Migori has found himself in hot soup after being given a seven day ultimatum by Migori ODM branch or get expelled from the party. If expelled, Governor Obado will risk losing his seat one year before his term ends. Last year, a plan by ODM to impeach the governor fell through.

Obado woes started after he declared that he has joined PDP party despite being elected on an ODM ticket. He also outlined an ambitious plan to popularize the party across Nyanza making it the party of his choice. The governor also showed his willingness to go for presidency after his term ends.

Migori ODM branch now has given the governor seven days to quit formally the party. If he does not quit, the party will have no option but to expel him. Okoth Obado has not yet responded to the ultimatum. 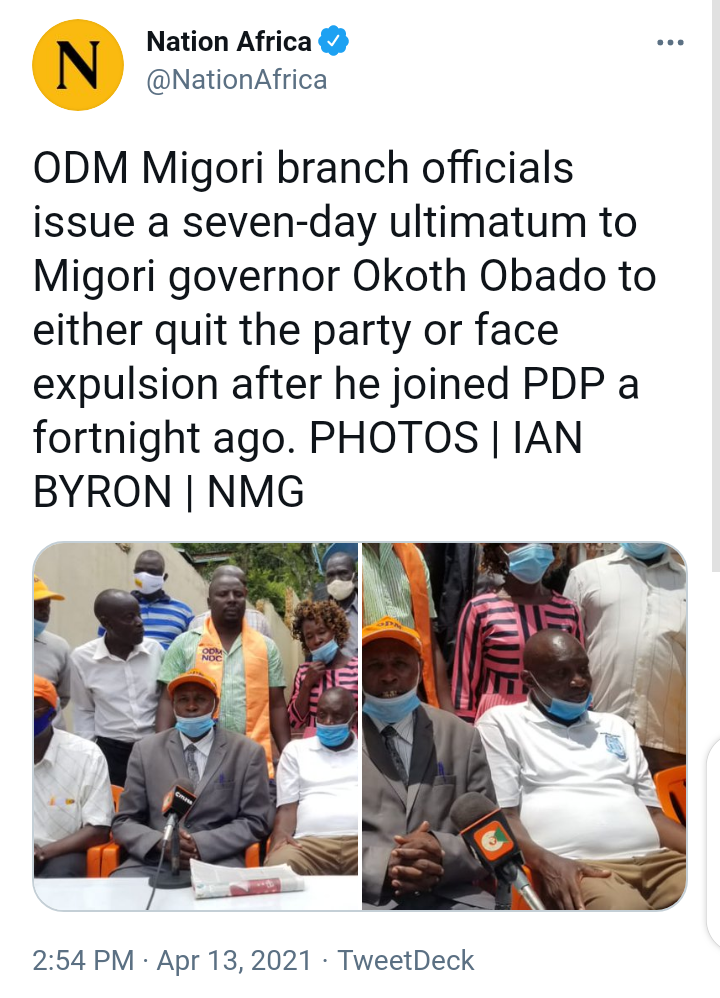