By MysticMedia.Ke (self meida writer) | 1 months

Vocal Mt. Kenya Senator, who once supported the BBI report with a seal before a sudden u_turn has hammered another fatal nail on the BBI report coffin. Speaking at Inooro TV Kiririmbi Show, on Sunday evening alongside Raila Odinga's Lawyer Paul Mwangi, Murang'a Senator has termed efforts by BBI promoters to appeal as a wasted energy. The former Majority Whip said he's vindicated because the BBI report was a plan by Odinga to suppress Mt Kenya region, while at the same time redeeming his Political career. 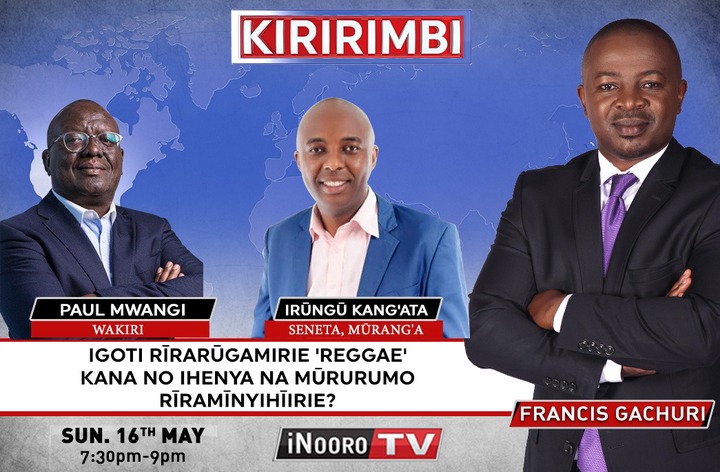 Kang'ata's pronouncement comes as pro_ BBI leaders continues to scathingly criticize the the five_bench judges who passed the judgement on BBI. These leader have vowed to file an appeal on daybreak this Monday. 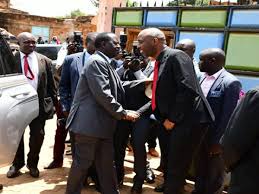 "First round they have been beaten 21_0. The grounds given by the judges are strong and chances for an appeal to make through are very minimal. The BBI Report was Raila's plan to suppress Mt Kenya region. The BBI Report is aimed at helping Raila Odinga redeem himself. The problem with Raila Odinga is greediness, he wants everything," Revealed Irungu Kang'ata. 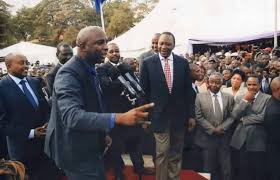 "All the reasons given by the five_judges are true. The president was the one who formed the taskforce. The President is a person in power but it should have started by the Mama mboga in the rural. In our Jubilee Party manifesto, we never said we want BBI, nowhere in that Book was anything like that. We know government money has been used in the process. We have seen president Uhuru Kenyatta going around saying that there will be Constitutional amendments, so the five judges were right," Continued the Murang'a Senator.

Content created and supplied by: MysticMedia.Ke (via Opera News )

One Dead After a Police Vehicle Loses Control