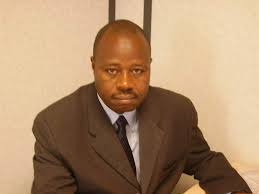 Edward Waswa Kisiang'ani is a Kenyan blogger and political analyst. He is a die hard supporter of Deputy President Dr William Samoei Arap Ruto and a harsh critic of the Orange Democratic Movement party leader Hon Raila Amolo Odinga. Edward Waswa Kisiang'ani in as much as being a political analyst is as well as a football game fan affiliated to the Chelsea football club which plays the top tier in the English Football League.

Blogger Edward Waswa Kisiang'ani has bowed to pressure and publicly surrendered following how his opponent team has been beaten mercilessly by Liverpool football club. The game which is ongoing has seen Manchester United football club beaten so far by Liverpool football game by 5 goals to nil. This prompted Edward Waswa Kisiang'ani to reveal the club he supports but admitted that the damage has already been done.

"Yes I am Chelsea. But kishaumana." Tweeted by blogger Edward Waswa Kisiang'ani 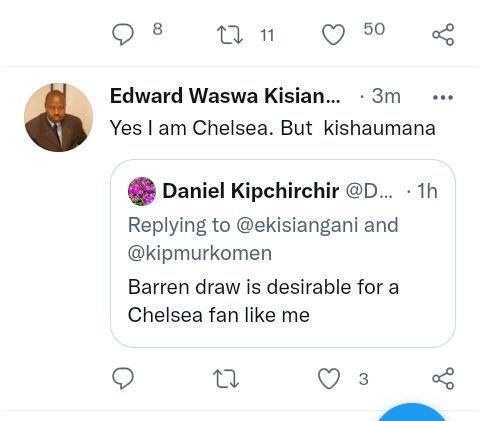