ODM Governor Candidate in Narok County Moitalel Ole Kenta has come out strongly asking Twitter Azimio supporters to come on the ground and seek votes for Odinga. According to Kenta, votes do not reside on Twitter rather it's Kenyans who make their decision more so those on the ground. 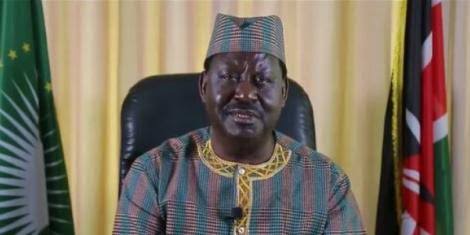 Kenta is however clear he was taken out of context for he is one of the strongest supporters of Raila Odinga. Kenta has since disowned his own words and made it clear that he would all the way support the former premier Raila Odinga Statehouse bid ambitions.

Kenta has remained clear he won't associate with those on Twitter who are trying to brand him badly yet it's obvious he is one of the strongest supporters of Raila Odinga. Kenta is clear he doesn't want Twitter lectures rather he wants people to go on the ground and campaign for Raila Odinga to ensure he wins votes.

Gachagua dismisses that Kiems Kit failed to identify him during voting

Kenyans Praise Margaret Kenyatta As She Queues With Other Voters (PHOTOS)

Gachagua Breaks Silence on Claim of Being Identified Manually After KIEMS Kit Failure, Terms it False