Mutahi Ngunyi Gives Up On BBI Amid Heated Debate At The Supreme Court.

By instantNewsKe (self media writer) | 3 months ago 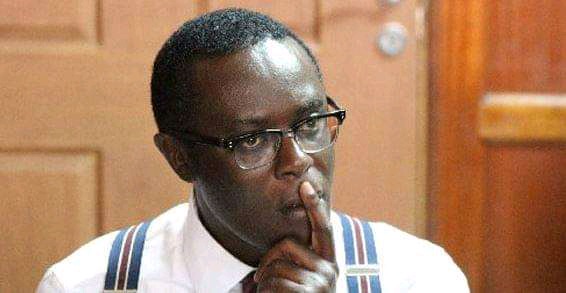 Building Bridges Initiative appeal is currently ongoing in the supreme court of Kenya, the highest court in the land, many are having different expectations and for the proponents of the initiative that was the fruit of the Handshake between president Uhuru Kenyatta and Raila Odinga, they are hoping that the supreme court will reactivate the bid to change the constitution however, for the opponents, they are hoping that the bill will forever be buried.

Political analyst Mutahi Ngunyi, a close ally of President Uhuru Kenyatta and a once great supporter of the bill, seems to have given up on the bill.

"Why does this #BBIAppeal SOUND like a high school DEBATE CLUB - a War of WORDS, cleverness and FAILED Poetry? The country has MOVED on!!!" He posted on his Twitter handle.