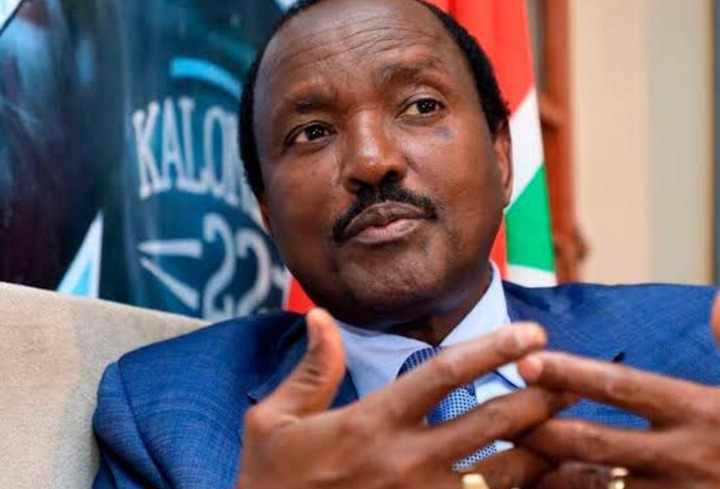 Former Nairobi Governor Mike Sonko has told asked Kivutha Kibwana to consider respecting Wyper Party leader Kalonzo Musyoka and end the rivalry against Him, Him urging that He is the disputed leader of Ukambani region and He even made various sacrifices to make sure Kalonzo's name maintains on the top.

Earlier, Kibwana had claimed that the IEBC officials in Makueni County were never careful with the whole exercise that led to irregularities in Kibwezi West Constituency , where 106 out of 206 Kiems Kits failed to work and made the whole exercise to go upto 1am in the morning due to use of manual register.

Seeing the post, Sonko who appeared pissed off by Kibwana claimed that the former county Boss should respect Kalonzo at all costs in and out of Ukambani region, adding that His time is just up and cannot secure any chances to become the region's Kingpin at any point, since He never imputed the required efforts to deliver their people. 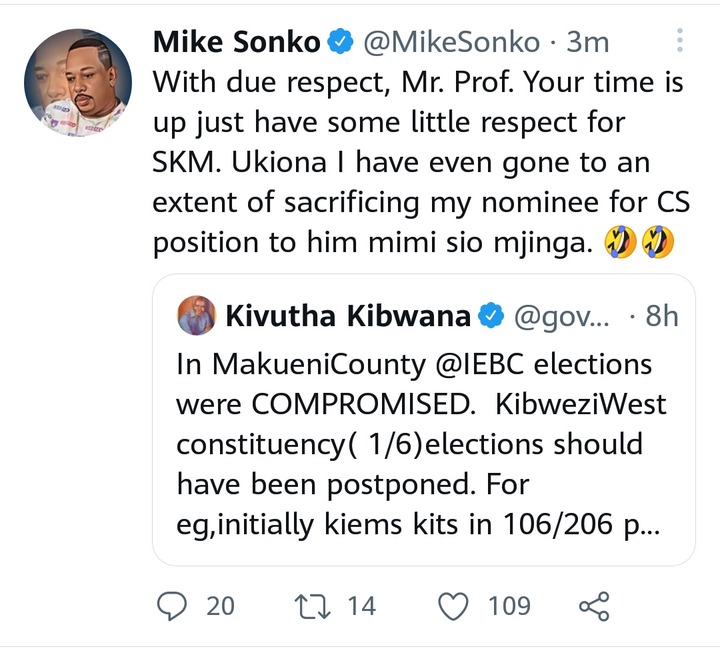 He however went on to claim that He decided to sacrifice an offer that He was given to terminate His stance and take the Cabinet Secretary position so that He can support the powerful candidates like Raila Odinga or William Ruto, who are confident to form the next government.

Earlier this month, reports from an inside Ally in Ruto's Camp revealed that Sonko was offered the CS position by Raila and His team so that they could have the Kamba votes, but He later resorted to move to Ruto's Camp in order to cause the division and make Kalonzo the sole winner of the position, now that He has deep rooted support in the region.

The former Mp however left Kenyans asking questions since He never mentioned the real political faction that was about to close the deal with Him. Many However were of the opinion that He may have spoken the same in order to raise His stakes in the incoming negotiations.