The election period is slowly coming to an end as other areas in Kenya which didn't carry out voting are finalising. Kenyans are very eager to get updates of the results nationwide. 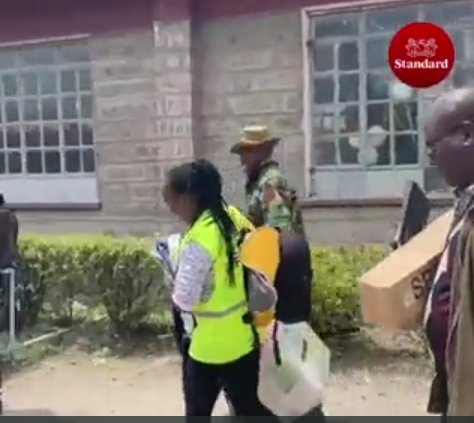 Majority of the politicians who were vying for various elective posts are are also waiting for the results.

However, the election period has been accompanied by many drawbacks. Among them is the failure of some election kit and network access in some areas. Low turnout rate is also a major factor to be projected. 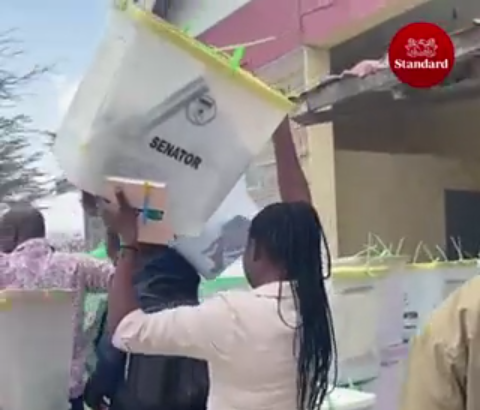 KTN has reported on its official Twitter page claiming that the DCI has questioned Emakoko presiding officer over alleged ballot box tampering as seen from the video as per the link below. According to the video, the presiding officer claimed that he opened the ballot in order to count the votes in presence of the agents but they concluded that his aim was to rig votes. 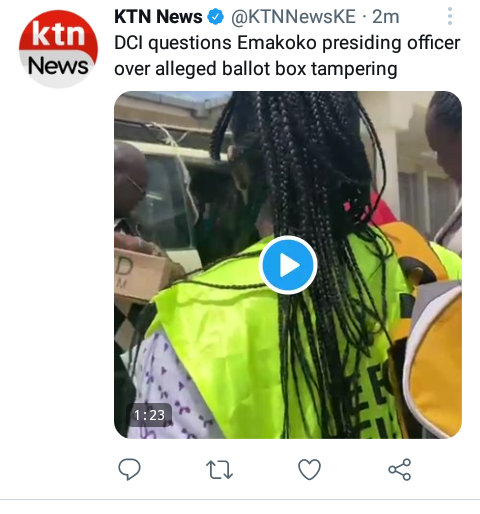