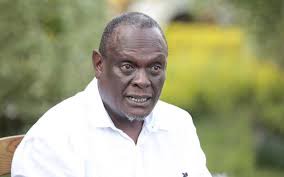 Formations and alignments have begun to forge as the political atmosphere continue to heat up. Both the BBI report and the 2022 politics are the big factors escalating the intensity in the political arena.

President Uhuru Kenyatta and his deputy William Ruto have for a time been experiencing a soar relationship. This is after Ruto failed to adhere to Uhuru's plea of stopping early campaigns and focusing on service delivery. Ruto on his side felt excluded in the famous 2018 handshake and from then he started attacking the government. Ruto allies were also removed from powerful positions in parliament and replaced with those who side with the president and Raila Odinga.

On a TV interview, Jubilee party vice chairman, David Murathe, disclosed that the party would kick out Caleb Kositany from his position as the party's deputy secretary general. Murathe accused Caleb of campaigning for a UDA candidate in Matungu while himself is a Jubilee party official.

True to his words, Caleb Kositany has been removed from his seat in the Jubilee party. Caleb has been replaced by Cheregany MP, Joshua Kutuny. Joshua is one of Ruto's biggest critics. Caleb Kositany on the other hand is a close ally of the deputy president.

Murathe said this on Thursday 25 in an interview at KTN. He told the Soi MP that he will be shown the door on Monday which has truly passed. 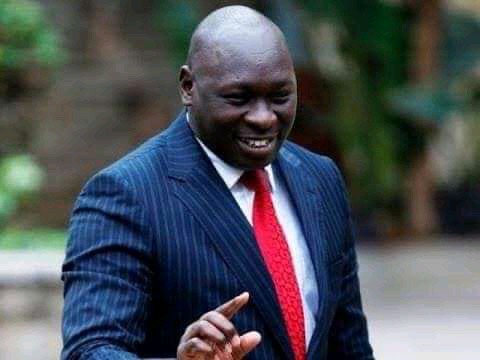 This appointment clearly shows that the differences between the president and his deputy continue to pile. This also shows that Uhuru might not endorse Ruto in 2022 as he had earlier pledged. Caleb Kositany is yet to speak on this new development. Nyeri town MP, Ngunjiri Wambugu has gone ahead to congratulate Kutuny for this appointment. 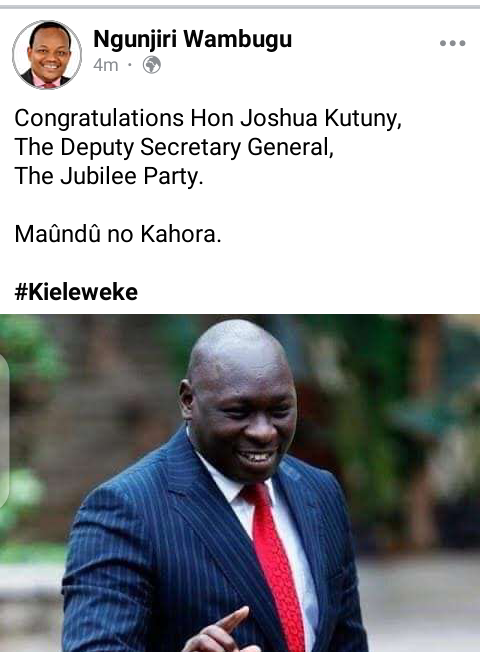