By Samsony (self media writer) | 2 months ago 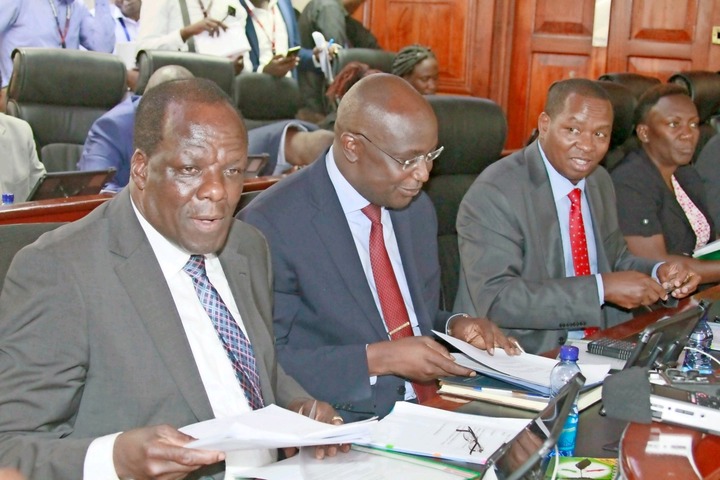 Political leaders who supported the Azimio La Umoja One Kenya Alliance camp and its flag bearer Raila Odinga during the August 9th presidential elections are already settling in the opposition, with a political comeback planned for 2027.

The leaders were optimistic about landing powerful roles in Raila's government, with ODM deputy party leader Wycliffe Oparanya and Ndiritu Muriithi, chairman of Raila's presidential campaign board, saying they would keep Ruto's government in check and resurface in 2027.

According to the Nation, Oparanya, who was nominated as Treasury CS even before the elections, said he is now focusing on business, adding that he will play the role of the opposition and will be on the campaign trail.

Muriithi, who lost his Laikipia gubernatorial re-election bid to a UDA candidate, has stated that he will remain active in the public sector despite his return to the private sector.

"I'm returning to the private sector, but I'll be back in 2027. Losing in one election cycle is not the end of the world."