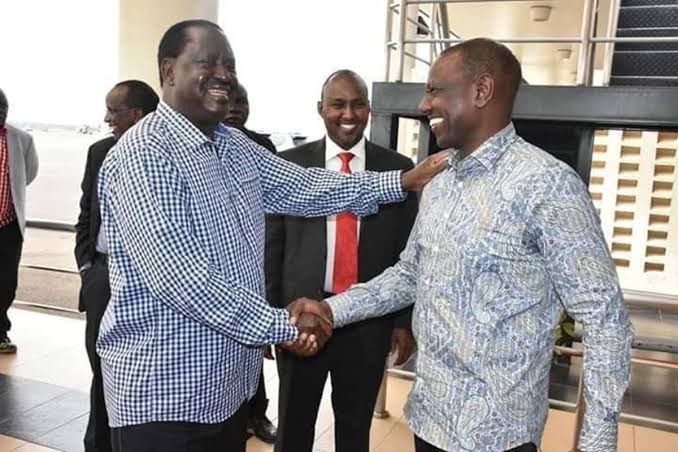 Azimio la Umoja coalition presidential candidate Raila Odinga has dismissed DP Ruto for politicising the high cost of flour in the country, arguing that he doesn't have the moral authority to do so based on his ugly past at the helm of the agriculture docket, during the Grand coalition government.

According to Raila, he was forced to suspend Ruto from cabinet after he orchestrated a scandal that saw the price of imported maize which was intended to cushion the country from acute shortage of the product, being hiked by Sh 1,300.

In the 2009 incident, Raila disclosed that tonnes of maize was brought in from South Africa and stored by National Cereals and produce Board which was under the ministry of agriculture manned by Ruto.

From NCPB, miller's were supposed to acquire one bag at Sh 1,500 so as to reduce production costs and retail prices, Ruto would however scheme with his associates to prevent miller's from accessing the maize directly. Instead they would buy from third parties who ended up hiking the price to sh 2,800. 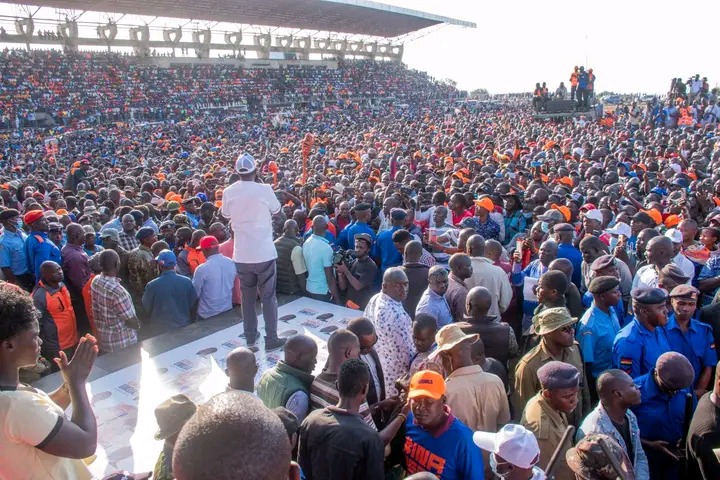 After expedite investigations into the scandal were made by, PriceWaterhouseCoopers, an audit firm, Ruto was largely implicated hence Raila's decision to suspend him in his then capacity of Prime minister.

Ruto would however get reprieve after his suspension was politicized forcing president Mwai Kibaki to recall him.