By Castrocarle (self media writer) | 2 months ago 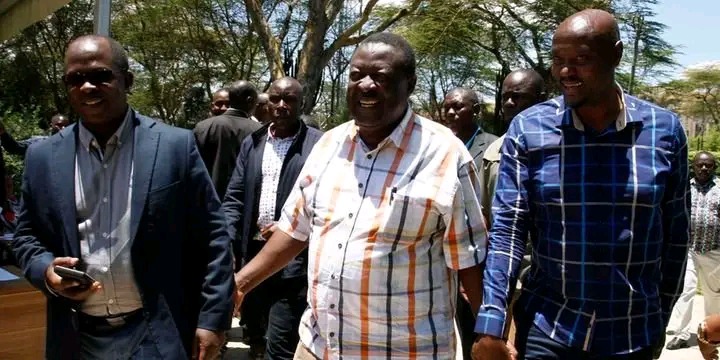 Prior to the appointment of ANC leader Musalia Mudavadi as Prime Cabinet Secretary, leaders in Western Kenya had already compiled their wish list.

The planned development of a granite mill in Vihiga County and a gold refinery in Kakamega County are also on the list.

Grassroots leaders, primarily ANC party members and MCAs from his home district of Vihiga, advised Mr. Mudavadi to convene a stakeholders gathering as soon as he gets comfortable in his new position. 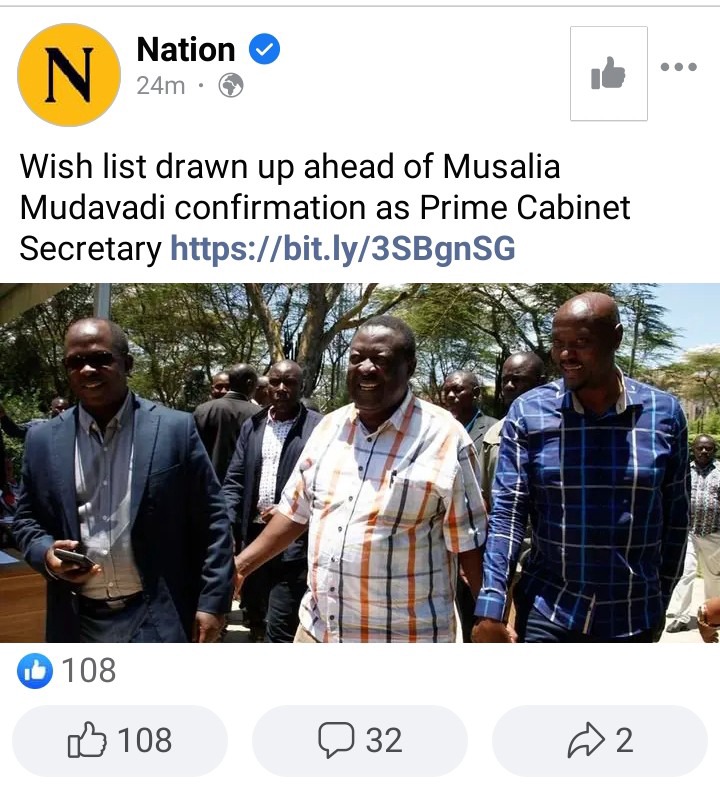 Vihiga County Assembly Deputy Speaker Eric Odei, Minority Leader Vincent Atsiaya, Busali MCA Florence Kegode, and nominated MCA Rita Atieno praised President William Ruto for nominating the ANC leader and noted that Mr. Mudavadi had led the area into the government after being out of it for ten years.

Mr. Odei advised Mr. Mudavadi to immediately advocate for the construction of the Mago-Mululu-Lusui and Gisambai-Shamakhokho roads. The rural portions of Vihiga and Kakamega counties are anticipated to become accessible thanks to the Gisambai-Shamakhokho route. The leaders recommended improving the highways connecting Jebrock, Hamisi, and Luanda.

In the event that they win the election, Mr. Mudavadi and Moses Wetang'ula of Ford Kenya claimed to have reached an agreement with Dr. Ruto to asphalt 1,000 km of roads in western Kenya.

Mr. Odei also requested that Mr. Mudavadi see to it that Mumias and Nzoia, two failing sugar plants, are revived. He continued by saying that the restoration of Webuye Pan Paper Mills will guarantee a boom in the local economy.

We haven't held a top government job in a very long time, he continued. We have been given the opportunity to support the regional development plan under Mudavadi's leadership.

The local leaders encouraged Mr. Mudavadi to see that Kenya Kwanza fulfills its promises to the area.

Regarding appointments in the cabinet, Mr. Atsiaya claimed that President Ruto had kept his campaign promises.

He claimed that the election of Mr. Wetang'ula as Speaker of the National Assembly and the selection of Mr. Mudavadi as Prime Cabinet Secretary made this reality possible.

Additionally nominated from the area are Mr. Ababu Namwamba and Ms. Susan Wafula for the Health and Sports Cabinets, respectively.

Mudavadi has already been appointed to the cabinet, despite the fact that we are still awaiting further appointments for principal secretaries, CEOs, and ambassadors, Mr. Atsiaya stated.

"Before this, we had been ignored in development," he continued. We will now participate in the planning of important development issues.

Governor of Vihiga, Wilber Ottichilo, stated in another place that the nation had moved past politics and was now in a time of progress.

Content created and supplied by: Castrocarle (via Opera News )