By raymondngetich (self media writer) | 2 months ago

Deputy President William Ruto's trip to Kisumu came to an end after one of his motorcade vehicle was stoned by some angry youths.

Reports indicate that Ruto's vehicles traveling to Kondele were damaged and some members of his campaign team were injured. 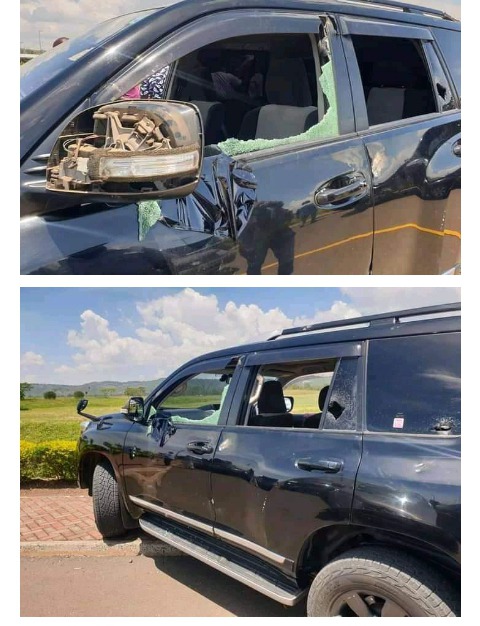 The Deputy President supporters had rough time while trying to calm down the stone-throwers who were angry and became disgusted with the police.Good news is that our deputy president Ruto was not injured in the incident.

In a series of photos, one of deputy president Ruto's accompanying motorcade vehicles was badly damaged. 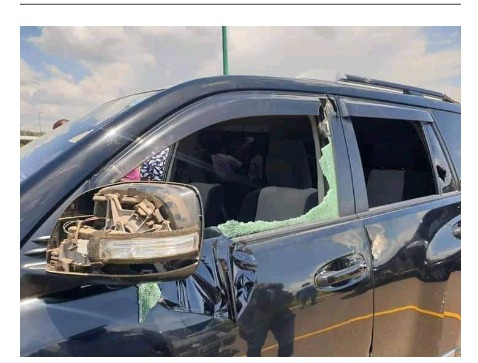 In his brief speech, the Deputy President condemned the act, describing the incident as a policy of intolerance and analogue which is true.

"Other politicians used young people to throw stones and I can tell you shame on you. Kisumu is part of Kenya," said Dp Ruto angrily. 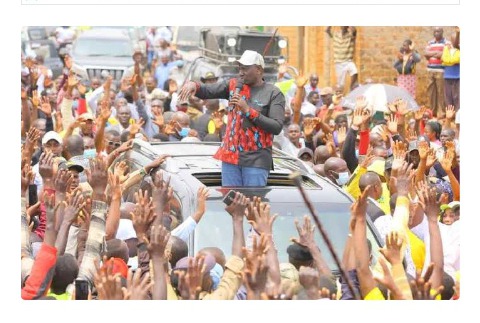 The incident has caused a spark in the internet as suggestions for a peaceful campaign next year are growing.

Mudavadi & Ruto's Kenya Kwanza Was Formed In 2021, While Mudavadi Was Still In OKA, Details Emerge