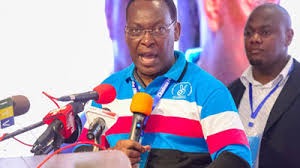 In a public announcement, CHADEMA mistakenly dated the dates for the release of the public memo as 4th September 2121 instead of 2021.

The public announcement was released hours after police officers raided CHADEMA district offices and took away with tents and chairs that was to be used during a seminar meeting.

The seminar which was scheduled to take place on Saturday was brought into a stand still after the officers surrounded the offices, locking the CHADEMA Youth Council from accessing them. 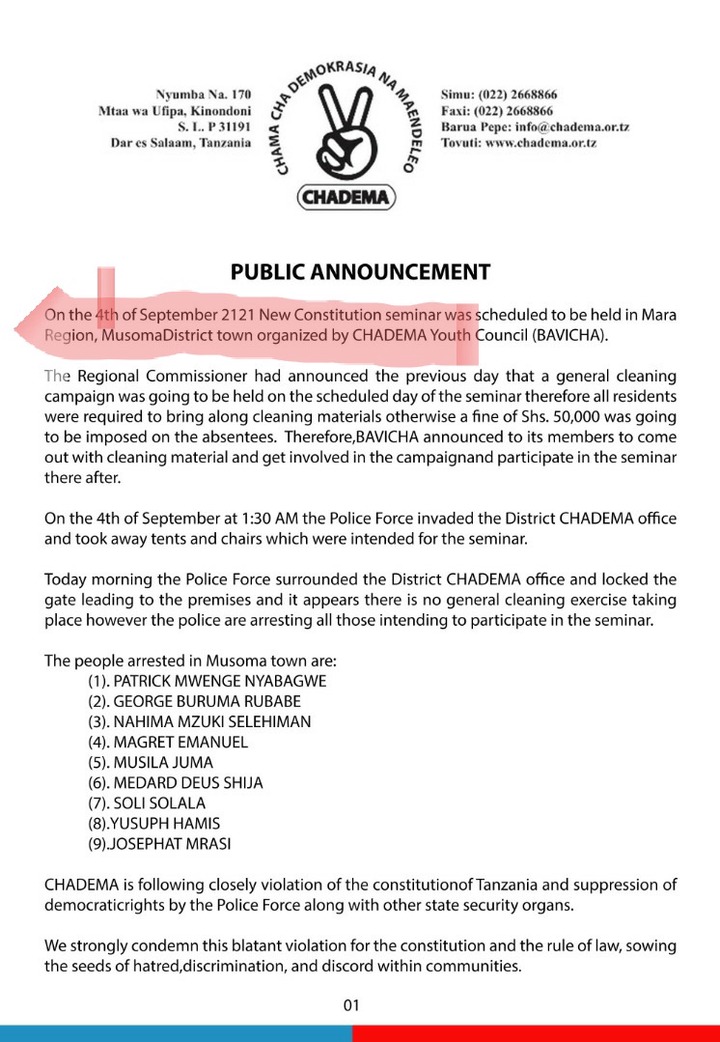 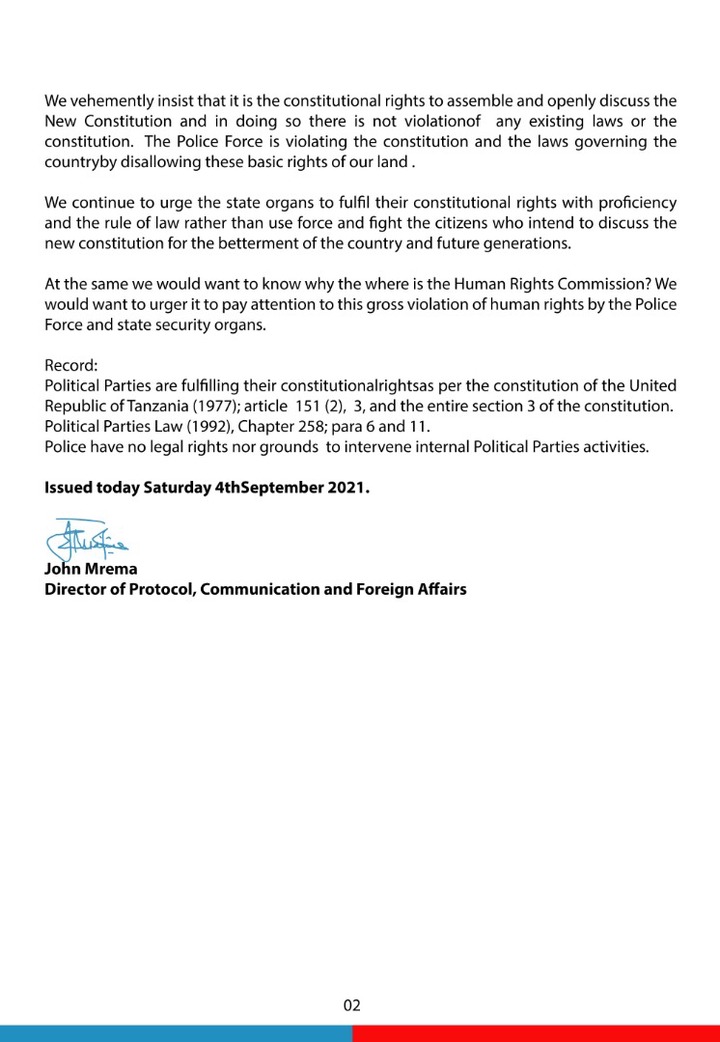 The memo further alleged that the police officers had arrested the party's officials who intended to attend the seminar despite being blocked.

According to CHADEMA, officials from Musoma District comprising of Patrick Mwenge, George Buruma and 7 others had been arrested.

CHADEMA termed the arrest as violation of constitution of Tanzania and suppression of democratic rights of Tanzanians by police force being used by the National government led by President Samia Suluhu.

This comes as opposition leaders from Tanzania decry mistreatment and uncalled for arrests and frustrations by the government something they have termed as continued dictatorship brought about by the Late Pombe Magufuli. 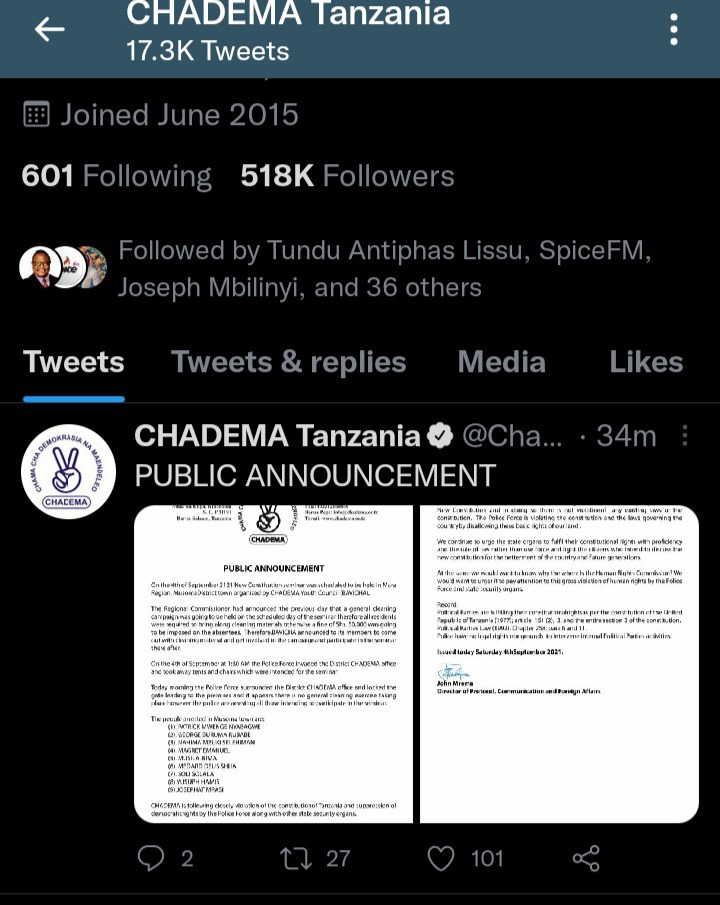 How Manchester United will line up against Liverpool.

Location And Estimated Cost of William Ruto's Palatial Home That is Almost Complete.

Crazy and controversial Goals celebrations of all time

YY Comedian Is The 2nd Funniest Stand Up Comedian In The World, Dj Shiti Explains

Beautiful Photos Of Jalang'o And His 'Jaber' Having Fun Together