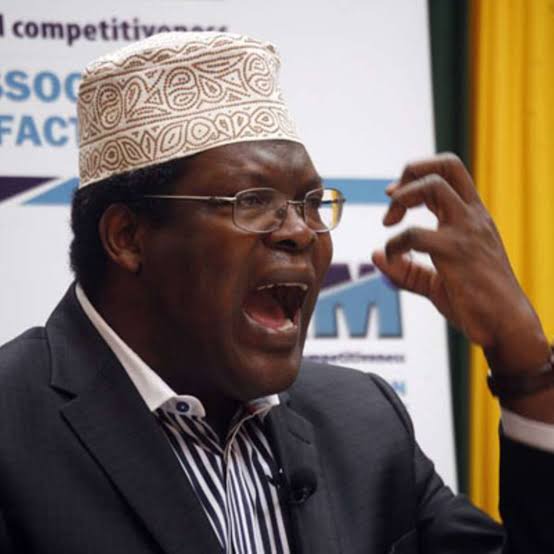 The Azimio team attacked President William Ruto asking him to fulfil his promises and deal with the high cost of living as he promised Kenyans.

Ruto had said Uhuru is now the leader of the opposition after unsuccessfully betting on the ODM leader Raila Odinga in the Statehouse race.

Kalonzo, seemingly irked by Ruto's words told the President to respect Uhuru as a statesman because he did the honourable thing of handing over power willingly.

Miguna has reacted to the statement noting that it was not Uhuru's prerogative to choose whether to hand over power but a constitutional obligation that has consequences if defied.

"Kalonzo Musyoka: The Constitution prescribes that power must be transferred peacefully - not violently - from one office holder to the next. Why should Uhuru Kenyatta be congratulated for doing that which the Constitution commands him to do?" He posed.

"If I was President William Ruto, I would probably advise him to show a measure of respect to a gentleman who has constitutionally handed over power. Uhuru Kenyatta deserves congratulations for a peaceful handover of power," Kalonzo Musyoka had said.

Miguna is a staunch supporter of the Ruto administration after he fell out with former Prime Minister Raila Odinga. He is currently in Canada due to a dual citizenship issue. He says he will be back on October 20 after the Head of State sent him a new Kenyan passport. The one he had, was reportedly taken away by government officials.

We Will Not Pay, Azimio Leaders Urge Kenyans Not To Pay Hustlers Fund