By JNews.KE (self media writer) | 3 months ago 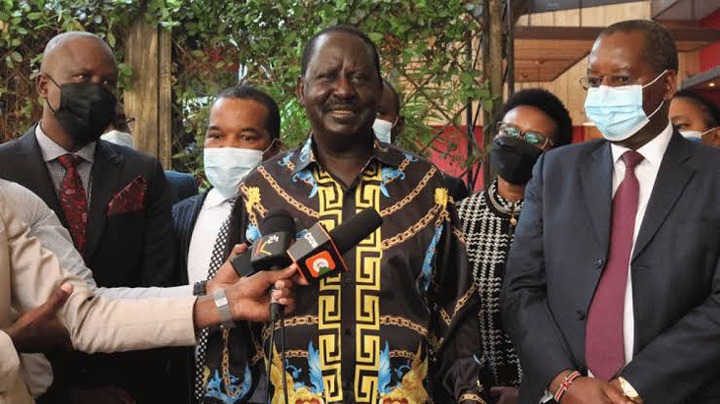 Analysts have predicted that ODM leader Raila Odinga is likely to become a powerless president, if he emerges victorious in the August 9 general election.

According to political analysts, this is due to the strong motivation he will have to fulfill and protect the political and economic interests of the various groups that promote him as President Uhuru Kenyatta's successor.

So far, some of the key groups that have come out in support of Mr Odinga's bid for president are influential figures from the Mount Kenya region under the Mount Kenya Foundation (MKF). 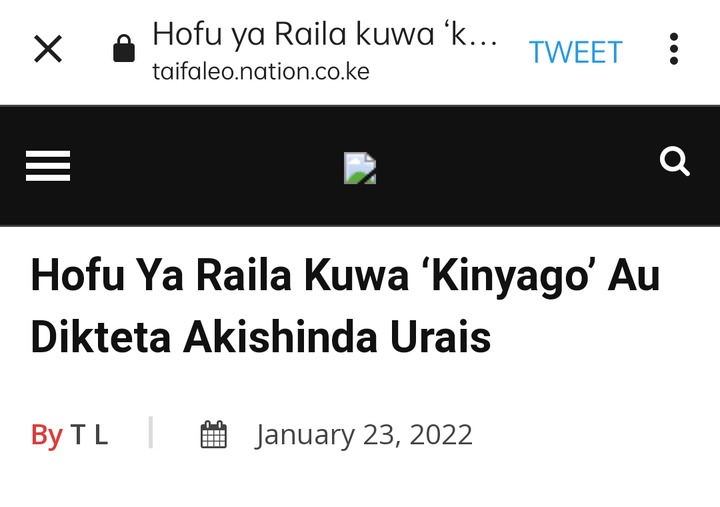 The group includes prominent and influential businessmen, who have invested in key economic sectors such as agriculture, real estates, stocks, insurance, banks, the media, among others.

Mr Odinga is also backed by influential politicians such as governors, a move that is said to be crucial in his bid for the presidency.

Last week, about 30 governors announced their support for Mr Odinga's bid, calling him "a champion of democracy, and the best leader to succeed President Kenyatta".

However, analysts say the emergence of both groups is motivated by their personal interests, with the intention of asking Mr Odinga to protect them if he wins the election.

"The main objective of these groups is to ensure that Mr Odinga protects his political and economic interests. It's like a give-and-take situation. Do this for me and I will send you that. There must be a secret agreement reached by both parties, ”said Mr Kipkorir Mutai, a political analyst.

According to the analyst, some of the "agreements" are likely to include Mr Odinga appointing certain people to key government positions, awarding contracts to certain companies and ensuring the government's economic policies do not affect their businesses.

However, analysts warn that although the agreements have been widely used around the world, especially in Africa, some leaders have violated them and even turned some of their closest allies into helping them take over.

How To Make Sense Of The Attitude Of Forgiveness

Are You Prepared To Give What You Demand For Yourself?

What Happens When You Betray Someone

Why Being There For Someone Is Not Impossible

Want to know if there is true love that exists within your romantic Relationship?here are tips