Former Senator Under Attack Amid Claims of Insightful Remarks

By Maskingup (self media writer) | 1 year ago 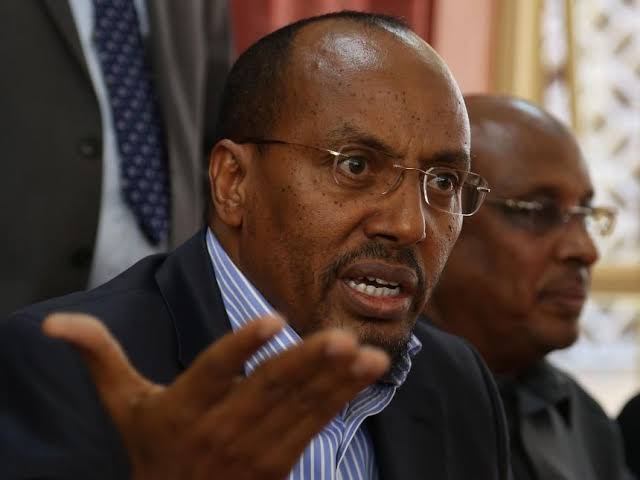 Former senator of Mandera County Billow Kerrow has received himself with critics after his tweet didn't go well with Netizens.

Billow Kerrow is among the politicians who wasn't impressed by the axing of the national assembly majority leader Aden Duale.

In his tweet, the former senator stated that the removal of Aden Duale as the majority leader of the national assembly is a big blow to Somali/Muslim community as he was the highest ranking in government.

"Duale's removal wasn't unexpected but was cowardly. He deserved better, not brute ingratitude. The bigger picture is a painful loss for Muslims/ Somali as he was the highest ranking in Govt. To Duale, may Alah grant you something better! You're the richer,"Tweeted Billow Kerrow

His tweet has caused an online outrage as the netizens have accused him for tweeting insightful remarks against religion which might create a divide between Muslims and Christians. Billow Kerrow has also been accused of participating in tribal politics.

Below are the reactions by Kenyan Netizens ;

Cleo clay - How on Earth  will you begin equating leadership positions to Tribes and religion!!!.This kind of leadership is what makes Duale and ilk imagine they are goddesses and instead of working for people's interests they work for themselves.

Wild - Majority leadership is not for Muslim or somalis. It's for Kenyans not for Jews either

Caroline Makandi-The biggest threat in #Kenya right now is the POLITICIANS!! They are ever ready to pull the religion or tribal card to cause division and distrust among Kenyans!!

Wakanda-This attitude of my community, my tribe, my religion in government offices shouldn’t be in your lips Billow. Play above that.

Mad Modo-How he the highest ranking when there are Muslim CSs? Stop trying to elicit ethnic and denominational emotions mr @bkerrow. Duale is one man,him being in government doesn’t benefit all Somalis or Muslims, his ouster is similarly inconsequential to most.

Ben Kairu - Why do we entertain such backward thinking. What did Muslims benefit from Duale's position or are we simply using the tried and tested method of stirring up unnecessary emotions?

We All Have Money But In Diffrent Degrees, Samidoh