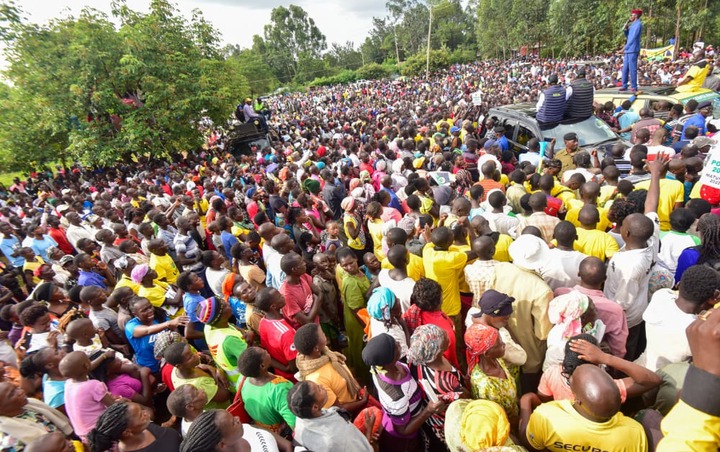 The national prayer breakfast happened today at Safari Park with top leaders in the country attending. The ODM party leader had continued with his campaigns in the Western region. The battle for the votes in the region continues with Kenya Kwanza top leaders,Musalia Mudavadi and Moses Wetangula expected to use their influence to Ruto's advantage.

Who could have attracted a bigger crowd?

Martha Karua: What I Will Do To Ruto If I Will Be The Next Deputy President Of Kenya

Raila's Popularity in Mt Kenya as DP Ruto Leads With 73%