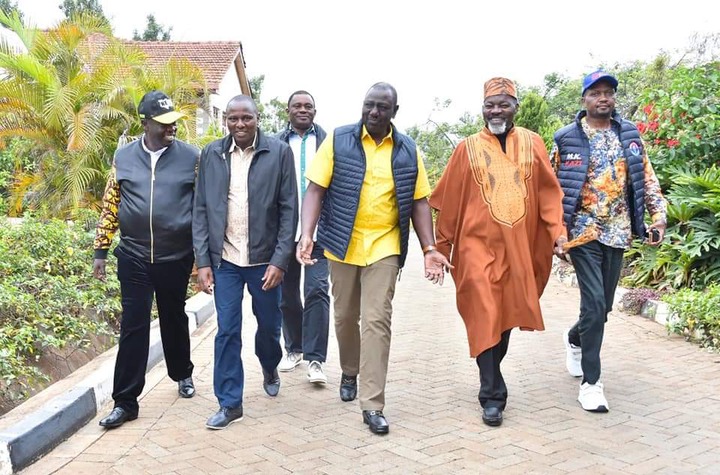 A leaked audio of what seemed like Deputy President William Ruto confessing to having thought of slapping President Uhuru Kenyatta during a conversation soon after the Supreme Court nullified the presidential election in 2017 has elicited a debate in the country. Kenyans have been left arguing over whether it was by all standards proper for the DP to talk that way about a sitting Head of State.

However, Kung'u Muigai, Uhuru Kenyatta's first cousin and the patron of the Kikuyu Council of Elders feels there was no problem with what the DP said. Muigai was in fact present during the said meeting where Ruto narrated the possibility of his conversation with Uhuru becoming physical.

In an interview with NTV on Monday, July 4, the brother of Senator Beth Mugo noted that Ruto said the statement on a light note even making the audience burst into laughter.

He added that even he as Uhuru's kin did not feel offended by the statement and accused the media of misconstruing the context of the speech.

"I cannot talk about the slapping remarks because Dr William Ruto said the statement jokingly to the point where the attendants of the meeting burst into laughter. It was taken out of context. Let us just focus on the challenges facing this country.

I have constantly said that elders have the ability to solve the problems of this country. With regard to the slapping remarks, I cannot recall Ruto uttering such words because I was not even concerned about such things. I am Uhuru's relative but I was not disturbed by whatever he said," He noted adding that politicians should not use the recording to gain political points.