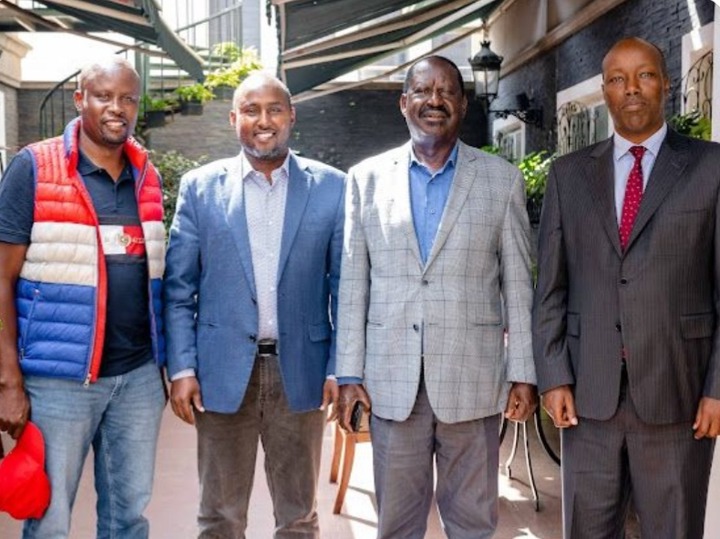 ODM leader Raila Odinga has today made a first public appearance with Suna East Mp hon Junet Mohammed, since elections were done and after many allegations that were poured on the Mp, concerning His role in the loss of the Azimio coalition in this elections.

Raila who took to twitter expressed optimism on the ongoing court case said that He believes that everything will turn out to be successful after the battles, and He decided to organize a meeting together with His allies, to discuss matters as they keep unfolding an How they will defend themselves.

He added that He will link efforts with the other parties and players, to make sure that all Kenyans benefit from their own good Deeds as leaders, for a better future. 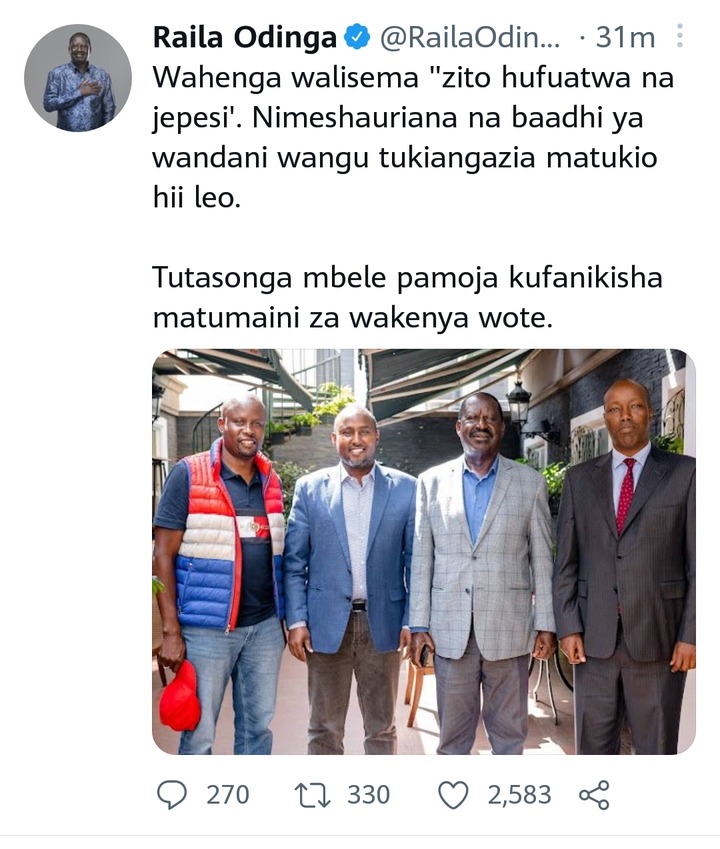 According to the picture, Raila was seen standing with Former Nakuru Governor Lee Kinyanjui, Junet Mohammed and Kanini Kega in a place that appeared to be secured from other members of the public, since it was a high profile meeting that was being held.

This meeting sparked reactions from Kenyans accross all factions, some saying that Junet might have been summoned by Raila, in order to answer questions concerning the loss, since He was part of the secretariat and campaign planners, and His brains were elevated to rarefied levels when it comes to decision making issues in the faction.

Reports had it that Odinga had streamlined His inner circle, now that He has one of biggest matters in Court, as a strategy to cover up His strategies which might leak, and the three represented some of the people in the chosen list, as Kenyans await the final announcement.

Raila had however allegedly blocked Junet together with former Mombasa Governor Ali Hassan Joho from His post election campaigns in the coast region, where they were drumming support for their Ally Shariff Nasir. This was a gesture that the two might have been labeled as part of the purported scheming that saw Raila losing.