By Instanewz (self media writer) | 6 months ago

Speculation and confusion has hit many after the president Uhuru kenyatta was alleged to have gone to meet the fomer prime Minister Raila Odinga at his residence.

According to Hon. Ali Noor, the president went to meet the Fomer Prime Minister on a mission that stil remains unclear.

Sources indicate that the president Uhuru kenyatta and his motorcade were seen entering and meeting with the fomer prime Minister. 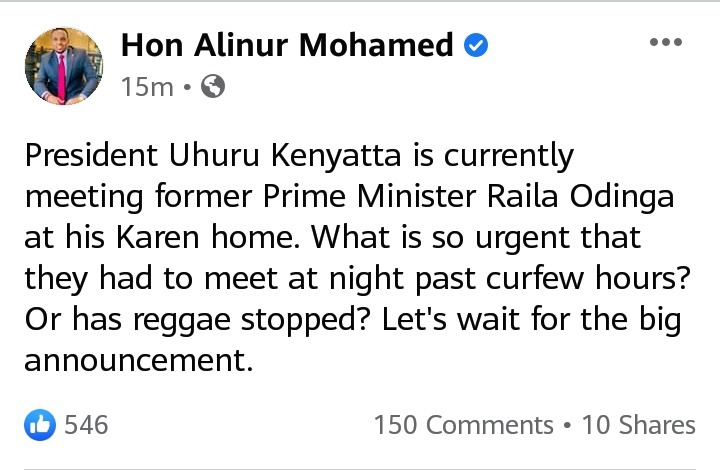 Many have however questioned what could have been so urgent that led to the president touring his close Ally's house.

Raila Odinga has been battling Covid-19 for the past few weeks after his coastal region tour.

The former prime Minister went to Nairobi Hospital where he was directed to isolate for two weeks.

However today he announced some good news in regards to his health as he tested Negative of the deadly corona virus.

Some havw also suggested that the president might have met the former prime Minister to discuss on the current state of affairs after Uhuru locked down the country. 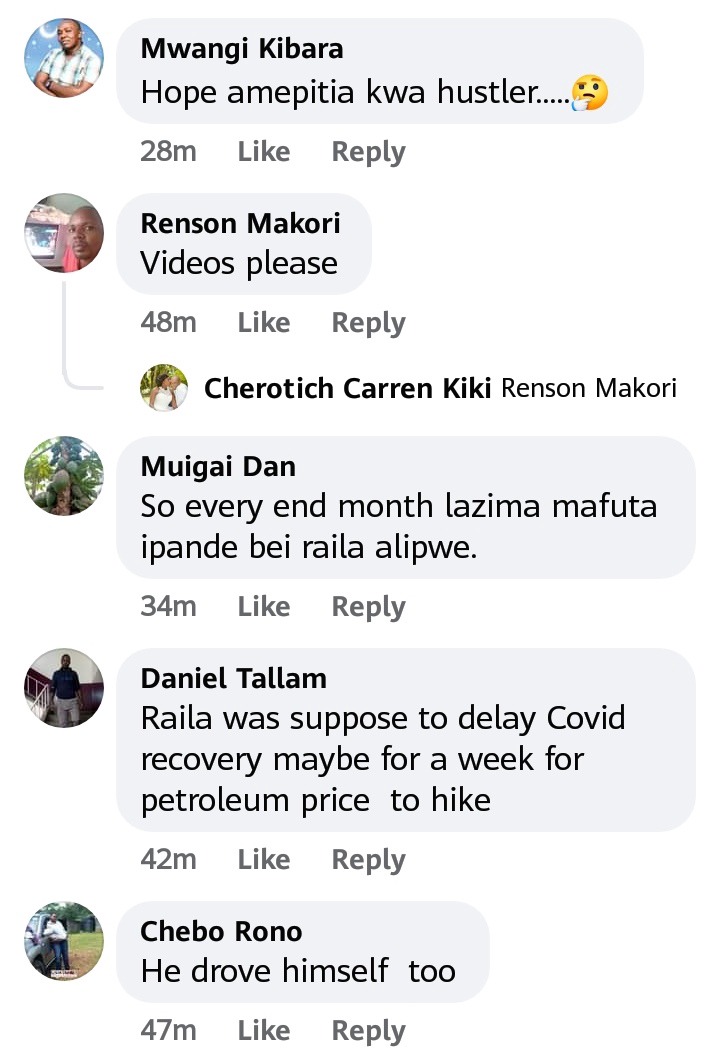 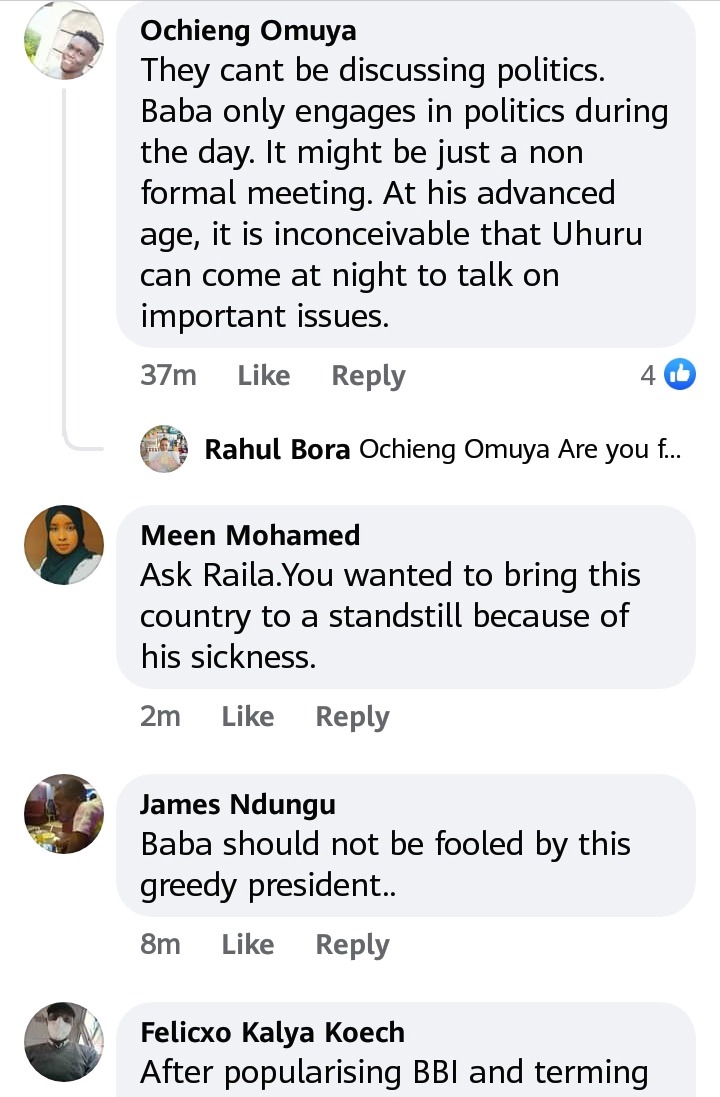 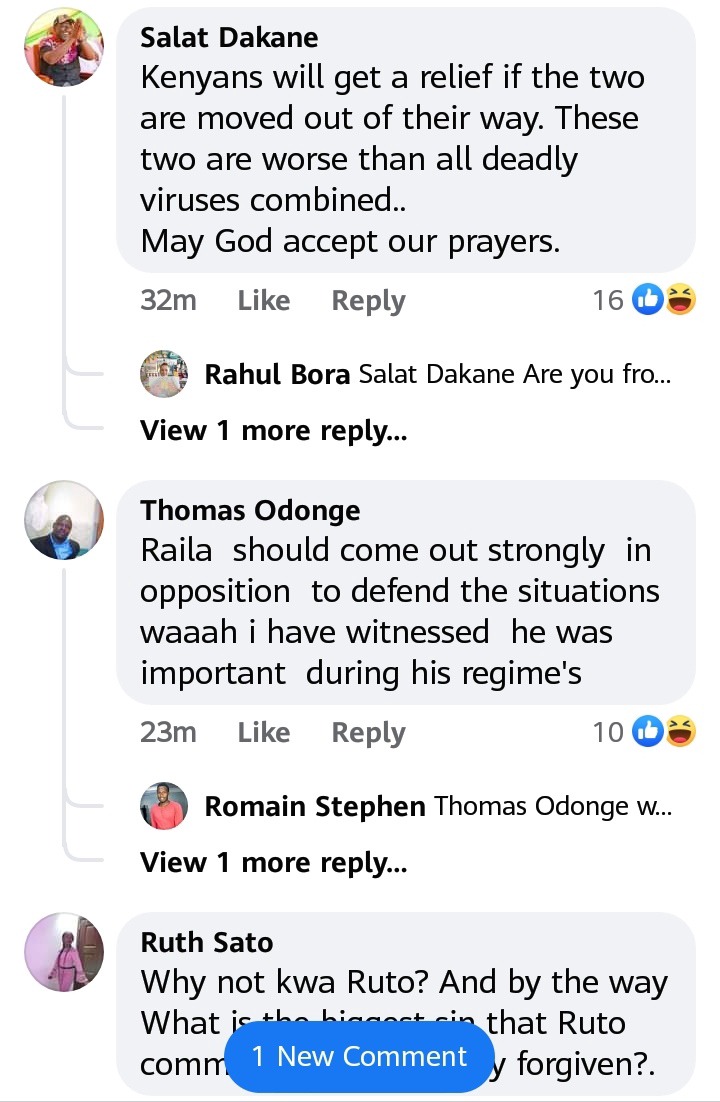 The Places DP Ruto is Set To Visit This Weekend